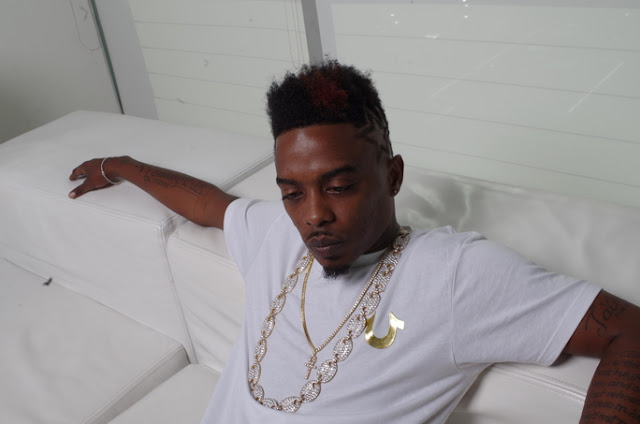 MIAMI, FL – This is a special year for Miami-based hip-hop artist Young Slim. It’s the year of 20 – the 20th anniversary of the launch of his record label Money Route 8010 coincides with the release of his 20th studio album, which features 20 songs.

The project is called “Built To Win Gold,” which is a name that perfectly describes the work that went into creating one of the albums he is most proud of. It’s a project he’s been working on for the past two years – dedicating himself to the album so thoroughly that he released four mixtapes over the past two years just to give himself a way to explore new sounds and themes before choosing the perfect 20 songs for this album.

“I wanted to take my time on this album,” Young Slim said. “It’s very versatile. I think I connected on the up-tempo as well as the R&B side, and there’s also some of that club atmosphere. It’s a well-rounded album and it’s the one that I knew was going to come out strong.”

Young Slim is so confident in this album that he has already invested into producing five music videos for five of the singles. He said the videos will help show new fans just how unique he is as an artist and how he has forged a new lane within the world of hip-hop during his 20 years in the business.
“I really took time to build on my craft and build myself as an artist,” he said. “This is my 20th projects, and I think that shows that I always have a lot of work because I’m always in the studio recording. I’m probably one of the hardest-working artists out there, and my resume speaks for itself.”

Most of his songs, he said, contain lyrics that tell stories pulled from his own reality. He constantly keeps a notebook with him – a practice he’s maintained since he was a teenager first experimenting with poetry. Even when he pursued football and basketball, he always had the notebook with him, and any time he was inspired by something he would write it down in the notebook so that he could come back to it later and come up with rhymes and create songs with a hook.

“Any time I need to go away and vent, I go away and write songs and write it out in my book,” he said. “I’m writing real stories and rapping it. And from day one when people first heard my music they said I was polished and good. Today I want to connect with a bigger audience. I want them to hear it and know that I’m the kind of artists they’ve been sleeping on for a while. But even though they’ve been sleeping on me, I’ve been opening a lot of eyes. That’s what I want to bring to my album – I want to open a lot more eyes.”

Fans who want to check out “Built To Win Gold” can do so by visiting Datpiff, or check out some of the music videos from the album on Young Slim’s YouTube page. Fans can also follow him on Instagram @Youngslim8010, or on Facebook at Young Slim.

Posted by ashleyburnett at 3:34 PM