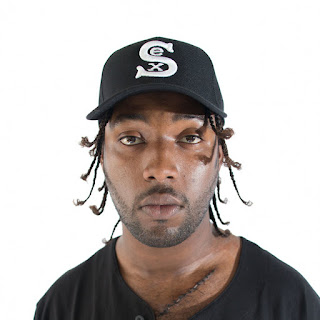 INGLEWOOD, CA – When Gavin Meredith was stabbed in the chest, it was one of those moments that turn a person’s life around.

Known throughout Los Angeles and Southern California as the rapper known as COG, Meredith was at a club preparing for a show in Hollywood. Though it was a show he’d promoted for, the club owner pulled out of the deal at the last minute and had COG escorted out of the establishment. A brawl broke out in the street, and as it escalated one of the bouncers for the club decided to end it by taking a knife to COG – barely missing major arteries in his neck but slashing his chest.

“It was one of those moments that showed me that I could be gone today,” COG said. “It made me realize that you might not make it through the end of the day. So everything I do within the day, I want it to be purposeful. If I do what I love, I’ll never work a day in my life.”

Shortly after that experience, COG dropped his first album called “Sirens and Airplanes” – which featured a series of tracks that explored his story of ups and downs. Now, two years later, he’s ready to drop his second album – a 14-song project that he’s entitled “ATM (After This Money).”

“It’s a little bit of me telling about my life while at the same time my mission is being after this money,” he said. “I’ve been rapping since I was a little kid, standing on stools and singing as young as age 5. My life inspires my lyrics. The beat and instrumental combine to tell the story of what I’m going through at that time in my life. Sometimes I’ll talk about current affairs, but more often I just want to incorporate things into a fun party theme. I’m not the artist who is rapping about social injustices in the world as much as I’m the guy giving people party music to listen to and forget about their worries. I just want people who listen to my music to have a good time, to relate to what I’m saying, and to want to party and move. When you hear my songs, it should put energy through your body and you can’t help but move.”

COG has had some success in promoting his music over the past five years – getting modest airplay on radio stations and fulfilling a handful of requests for interviews. One music reviewer said that “COG is a rap artist with a lot to say. His sound is driven and forward-thinking – a throwback to some of the greats. He has great lyrics and punchy beats and melodies with attention-grabbing lines. “ATM” has great lush synth melody and melodic hooks with trap-inspired beats surrounding an unmistakable 808 sound.”

Fans who want to find out more about COG as an artist, or to sample some of his music, can visit his website at chieftheog.com, or visit iTunes, Spotify, Google Play and more.

Posted by ashleyburnett at 3:06 PM