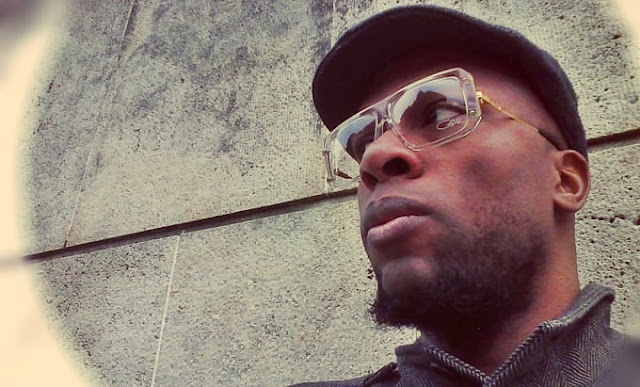 Han Sino is an artist of instrumental Nu Jazz musical creation and Urban Spoken Word Poetry. Blessed by the 90’s Hip Hop, groove and Electronic golden age, Han Sino has, during this today greatly prized era, quite quickly acquired, a strong culture about Afro American 70's, and 80's, and secondarily 60's music. As a young mellowman, he sees his vision of the world turned upside down by Free Jazz and Jazz Funk classics. He discovers John Coltrane, Pharoah Sanders, and Alice Coltrane, among others… Armed with a rich musical culture, in the second half of the years 2000, he approaches beatmaking, first, in solo, then, for a few Hip Hop artists. Essentially self-taught, Han Sino has perfected his musical training and ear with the excellent doublebass player, bassist and keyboardist, Jade, (Jean Luc Riga), during a year and a half. This will be followed by a deep metamorphosis of his creativity, as well as a progressive development of his musical maturity. In 2012/2013, Han Sino proposes the hybrid Hip Hop/Crossover trilogy: « Raffinements », « Odes », and « Vertiges ». « Raffinements », although very experimental, and unusual, will be noticed by international webzines relaying the English speaking market best mixtapes. Strengthened by the success of this baroque Spoken Word Poetry, the French artist returns to the sources by publishing more and more jazzy, then groovy projects. « Accords Perdus/Lost Chords » offers a very atmospheric Nu Jazz, adorned with a crazy use of traditional instruments. « Petals on the Lake » proposes a massive and sophisticated production. « Gazelles Sanctuary », a quest of pure Sound. « Nu Jazz Theories », a nice and original jazzy style. The climax of our artist’s groove is reached with « Blending Sounds », « Broken Songz », « Deep x Eerie Grooves », or « The Blue Shapes Score » among others… « Poetik Art », « Lotus grain » and « Electro Emcee » show his fluency as a ‘Slam’ artist and producer of urban music. Among Han Sino’s key titles, we can mention « Blue Men », « Magnolia », « Easy to Play », « Colombe », « Evasion », « Colors of the soul », « Milk Chocolate », « La Force », « Nite Groove », « Psychedelics », or « Fire »… Han Sino has made collaborations with artists such as Luzita, Raisin Beatsman and GREENMAKER alias Kendy Kartel, to mention a few… Han Sino’s Sound is a poetical synthesis of rare groove and urban music. The ideal soundtrack to dream and to enjoy life in all its colors. « Han Sino » is an artist name referring to Asian Poetry and Wisdom. Many connections, in relation with general and popular culture, are possible, in over reading.
https://twitter.com/hansinomusic
https://www.facebook.com/Han.Sino
https://hansino.bandcamp.com/


Posted by ashleyburnett at 11:29 PM No comments:

Slay Dance is a single by American HipHop Artist "Cedes Baby" and American producer "SupaStar" . This Single was officially released October 2016 and is a hippy/funky track that makes everyone want to dance 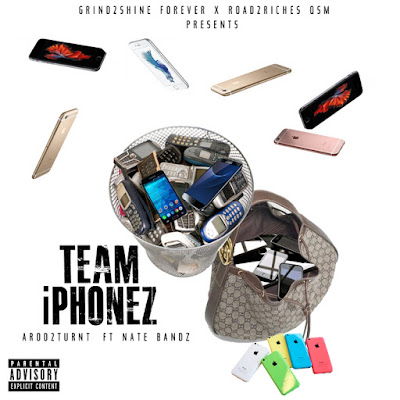 CORAL SPRINGS, FL – As a kid who moved from city-to-city a lot, Arod2Turnt didn’t have a lot of close friends. He relied on music to get him through multiple struggles in his life. But during his junior year of high school, he met a guy who he immediately clicked with – and it happened through music. That friend would go on to become a future collaborator on multiple singles, including the new “Team iPhonez” that is creating a buzz in the Florida hip-hop scene.

“Me and Nate Bandz were going to school together, and the first day we were hanging out we made a song together,” Arod2Turnt said. “It just came together without any effort. Ever since we just clicked, and we’ve been making music together. It used to be only me and him, but now we have different crews and do our own music. But we still talk all the time and bounce ideas off each other and feature on each other’s stuff.”
Arod said Nate’s feature on “Team iPhonez” really took the song to the next level. He said it’s a song about a generation that has never known a world without mobile technology, and how many of that generation identify themselves by either iPhone or Android.

“A lot of the younger generation like iPhonez better than Androids,” Arod explained. “I’m one of those who has always liked iPhonez more than Androids. This song is about that. It’s more of a turn-up vibe. It’s a catchy song.”

Arod said it took him many years to feel like he belonged – often feeling like an outsider because of always having to move around. But one thing that never changed throughout all those moves was the music.

“I listened to it everywhere I went,” he said. “I always had it with me and it helped me through situations in my life. And I want to be able to create that for other people, too. Music is a strong too Sometimes people can relate to music more than anything else, and I want my music to bring that emotion. I want people to feel either happy or pain or whatever kind of emotion they might get from the music. Whatever point I’m trying to get across, I want them to feel it deeply.”

Another way that he hopes to inspire others is through his Grind2Shine Forever campaign. It’s a movement that he has developed to help inspire others to chase their dreams.

“However people want to shine, they have to put in the grind to get there,” Arod said. “You can pretend to shine, but you can’t pretend to grind. You have to grind and work for whatever goals and dreams you have. And when you make them happen, you’ll shine.”

Fans can check out “Team iPhonez” on Arod’s Soundcloud page, or follow him on Twitter and Instagram for more information about upcoming music releases or live performances.


Posted by ashleyburnett at 3:33 PM No comments:

Posted by Bigga Rankin at 10:40 AM No comments:

Feel free to send in your drop scripts.
Hit me up for requests if you need other records/albums we may have.
Thank you for your participation!

Posted by WorldWideKeege at 10:04 AM No comments:

Posted by WorldWideKeege at 9:55 AM No comments: 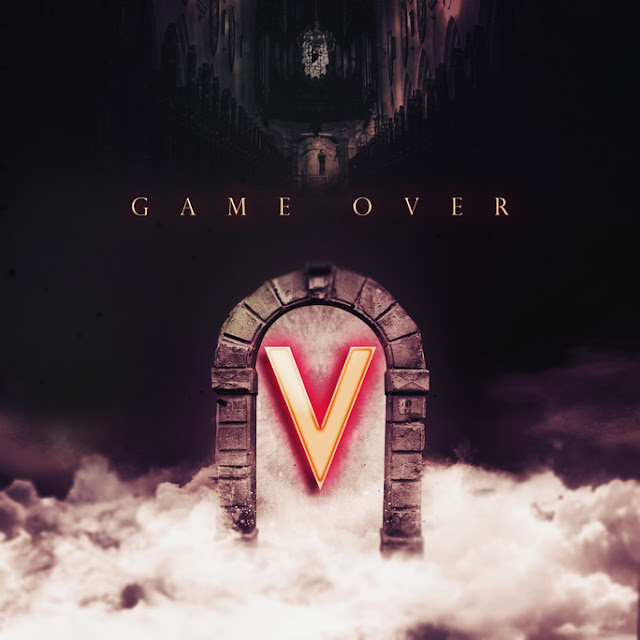 New York, NY – 23-year-old artist Game Over was given the inspiration to become a musician by his grandfather, who was a prominent musician in Brazil. At the young age of 14, his father set him up a recording studio as an avenue to encourage his future in music. Born in Brazil, Game Over is the only Brazilian – to his knowledge – in the American hip hop scene, but that is only one of many ways the artist is distinguished and unique. His music is reminiscent of a time where lyrics really meant something, a refreshing departure from the current hip hop climate where words can become disgruntled and repetitive. Explains Bruno, “There’s a kind of turmoil in hip hop.” He continues, “Everyone is making the same sound.”

Game Over’s biggest musical influences are diverse. Pharrel Williams; for his ability to create his own environment. Tupac; for the way he channels his anger into purposeful lyrics. Kanye; for speaking his truth, no matter the consequences. Even the Red Hot Chili Peppers; because they are “so far out of the norm.”

He describes his sound as “Freedom. Being able to speak how you please,” and all of his self-written music are indicative of that same commitment to honesty. Game Over’s latest single, entitled “So Appealing” is what the artist calls “Obvious,” explaining, “It’s very dark and self centered. I wanted to hit people in the chest with this song.” And that’s exactly what it does – it’s gripping and relatable in the darkest of ways. To follow up his single, Bruno’s next album, The V Album, will release on May 5th. The number five is important to the artist, who has chosen it as the release date and the title of the album.

Game Over is an artist to watch – honest, heartfelt, and talented.


Twitter: @gameover5
Posted by ashleyburnett at 2:47 AM No comments:

[Mixtape] BALIZE - Under The Mattress

When you mention Jacksonville Florida, most people only know the Jaguars or the OG Bigga Rankin. Though its the largest city in America with over 840 square miles, the city is very small when it comes to the music industry. But as the phrase goes, there is always a "big fish in a small pond". Born In Cali but raised in Duval County, Jacksonville's Balize is not only a rapper with Southern influence, but an artist that has a Universal appeal. After creating a huge buzz and following in the South, Balize dropped the underground hit "Baseball" which received radio spins from Waycross, Ga to Los Angeles mega station Power 106. In 2016 alone, Balize has toured 39 states, and over 120 major cities. He was the spotlight artist artist on "Rhythm Late Night Show", which is broadcasted to over 30 million homes in Africa. Shortly after, "Baseball" became the #1 song on "Nuttin But Luv" radio show in the Bay Area of California. He's done shows with Jeezy, Waka, and Kevin Gates this year, while touring the United States with Bigga Rankin. From Chicago to Detroit, New Orleans to San Francisco, the demand for Balize has increased with every venue he has performed at. His debut album "Under The Mattress" features industry new comers and heavyweights such as Nipsey Hussle, Dave East, Mozzy, Que, and Young Greatness. This album will not only display the talent from Jacksonville as a city, but it will show the world that Balize is in this for the long haul. With the anticipation high, the demand for the album release, and the support of his IHG(Infinite Hustle Group) family, the wait is finally over as we present to you Balize...

Checkout The Video to the "Intro"

TST Legacy Artist B.Bandz drops debut project "How I'm Coming" with major production from Chase Davis and Cash Money AP. The new project features hit single "Wonderful Feeling," ft. Atlantic Recording artist DLow, I'm Sorry, Fresh and Y.R.N. And additional features with 2 Crucial and Nia Kay artist from Jermaine Dupree's reality show "The Rap Game." How I'm Coming models the idea of B.Bandz getting into multiple episodes of a typical young man chasing girls, money, and living his idea of the American Dream. How I'm Coming has a positive approach with B.Bandz creative word play fused with his Chicago slang, playing off of his world as the "Fresh Prince of Chicago." His catchy hooks and open concept videos breathes a fresh and new perspective of what good music means. B.Bandz quality of content and engagement throughout the project let's you know this is just the beginning & encourages his fans to match his fresh.

[Single] MONOP - Wait Till I Get Me Some Money

Attn: DJ's...Wait Till I Get Me Some Money is the new single and video by MONOP with production by R Jae Tha MVP. All versions included for your mixing pleasure. DJ drops provided at your request.

Posted by Bigga Rankin at 4:51 AM No comments:

Posted by WorldWideKeege at 12:25 PM No comments: