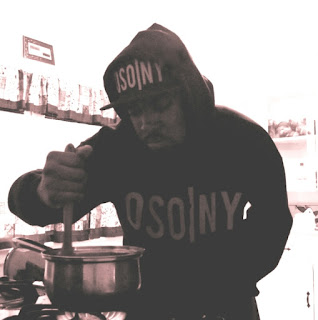 BUFFALO, NY – Almost everything you need to know about Mario Grand as a musician can be summed up with the title of his newest single, “Upstate 808 (Str8 Drop).”

Not only is it a name that nods to his hometown of Buffalo, New York, and the East coast flavor and delivery he’s developed during his many years as a rapper from that part of the country. It’s also a testament to the kind of music that he wants to be known for – a pure rapper with the heart and soul of the greats combined with a new wave that makes him a true original.

“This single is based around a heavy 808 drum beat,” he said. “It’s got a lot of that golden era 90s rap influence, but I make sure I sound current when I do it. More than anything, though, the beat is stripped down to straight 808 with a kick and a snare, and I’m flowing over it with that easy East coast style to bring it home.”

Grand said the subtitle “Str8 Drop” is slang meaning pure and uncut. And he said he’s using the term as a metaphor for his music in that it’s pure and uncut, and he’s ready to advertise it as such.

The reference is also a nod to some rocky times in his past and the journey he’s taken toward success over the past decade. Back in the late 90s, Mario was a young prodigy in the rap game and caught the attention of up-and-coming record label Kamp Kelemal Productions. He worked with the label for a couple of years before parting ways and joining Empyre Nation, where he produced beats for many of their artists. But it was around this time that Grand’s personal life began to take a turn for the worse. He was arrested and convicted of gun possession, and shortly after that he was indicted on drug charges.

He was sentenced to 22 months in jail. The entire time he was inside, he vowed to come home and rebuild his life so that he could fully realize his potential as a musician. Upon returning home, he went straight to work – graduating from a two-year college with a business degree while continuing to make music with Empyre Nation.

Over the past year he’s been developing his own record label, Mario Grand Music. His new single is one of the first under the new label, and he knows that it’s one that fans are going to really enjoy once they hear it.

“With my music I want to translate my ‘it’ factor,” he said. “When people hear me I want them to say that I belong with the great ones. And if they don’t say that by the first time they hear me, then I hope after three or four songs they say, ‘He’s gonna be around for awhile. He’s not going nowhere.’”

Posted by ashleyburnett at 10:18 AM