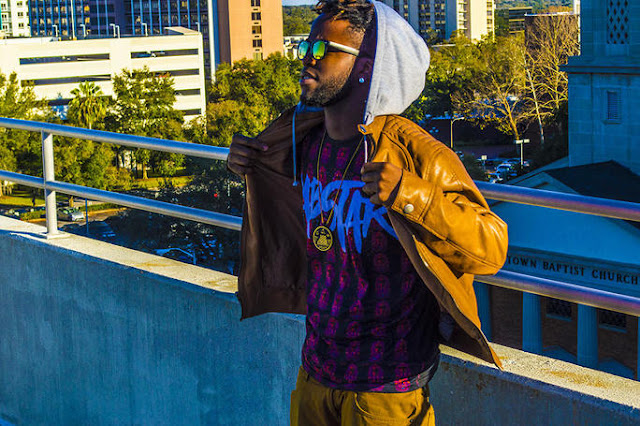 Bainbridge, GA / Orlando, FL – Most know the name “Da Vinci” in regards to the famous painter, Leonardo, who is responsible for giving the world among many things, the Mona Lisa and the golden ratio, used to determine the law of attraction using mathematics.  But now, the world will come to know another artistic genius, who also goes by the same name: De Vinci. Like his Italian counterpart, John De Vinci is also multi-talented, having begun his journey playing sports (mainly football and track), writing poetry and dancing for Nappy Boy Records in Tallahassee, FL. Growing up, he began to be inspired by the music played around his household, Tupac and other classic rappers, even drawing inspiration from some of his Grandmother’s favorites, like The Isley Borthers, Jaheem, and Joe.

In 2017, when the rap scene is filled with trap artists yelling into a mic, John De Vinci prefers a unique approach. Much like one of his idols, Drake, his sound is a fusion of singing and rap, often simultaneously. “Before Drake came up I would think to myself, I really want to sing and rap together, but before he came, people were like, ‘Do either one – you can’t do both.’ But Drake did both, and it sounded great, and so it inspired me that I could do it too.” He continues, “Nowadays, everyone wants to be The Miggos, but my style is kind of laid back, or soul rap, I would say. But then, it can grab you by the shirt and drag you in, it will catch you off guard.” His last project, an album entitled Zealous, did just that and was met with awe and appreciation by many fans.

Now he’s ready to do the same with his single “G.U.I.D.” – which is a play on TLC’s famous song “No Scrubs.” Says De Vinci, “It’s mainly to empower women, it’s a sample off of TLC’s scrubs, and when people hear it, immediately it clicks, because everyone is familiar with the song. It’s basically telling about women who don’t like to waste their time on guys who play games. It’s showing women, ‘Alright, we can still talk about them in a song without trying to bring them down or call them names.’ Let’s lift them up.” The song is a teaser to his upcoming mix-tape, Infamous (Under Pressure) which is set to release later this year.

John De Vinci is a rap game anomaly – much like rap superstar Kanye West – whose talents span every platform of art, from graphic design (He has a BA in design from Full Sail University, in Orlando) to rap to entrepreneurship, like business mogul Jay Z. His name, which is an homage to his full birth name as well as a nod to the painter Da Vinci, sounds historical because that’s exactly what John De Vinci aims to do: make history. He will definitely make an impact to the music industry.

Posted by ashleyburnett at 9:54 AM