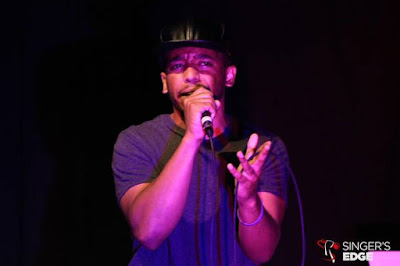 TORONTO, CANADA – The city of Toronto has a hot new R&B artist rising through its ranks, and his sound and style have “No Match” within the world of hip-hop.

It’s for that reason that Joshua Waithe chose the stage name No Match, and his new EP “Be Extraordinary” – which is his first studio project – will serve as testimony to the unique flavor of singing and rap that he brings to the table.

Born and raised in Toronto, No Match first expressed his love for music at a young age. By age 5 he would be dancing and performing for his family in the living room to artists like Kriss Kross, and once he started elementary school his teachers began to take notice of his abilities and suggested that he develop his talents by joining the school choir.

“Music has always been a part of my life, but I didn’t know how serious I could take it when I was younger,” he said. “I felt like I had to mature in music before I could hop into the industry because I needed to take it much more seriously, and I felt like age would give me that.”

His family knew he had something special, however, and encouraged him to develop his vocal talent. Unfortunately, due to financial difficulties, they had to turn down an offer for Joshua to attend a school of the arts in Canada. But while attending high school, one of his close friends who doubled as a music producer decided to push Joshua and work with him to develop a sound that was unique. From then on, they recorded together, producing about 12 tracks for this first album.

Though the EP isn’t slated to drop until later this year, No Match has already launched two singles from the album. The first is a song called “Pre Game,” which he said should relate to anyone who has ever felt like they’re over-worked.

“It’s for those people who work six days a week and finally get that one day to do whatever they want to do,” he said. “That day off is a release. It’s a day of high anticipation. This song caters to that with tempo changes that gets hype and then kind of lays back. It can be a club song, but it also has a laid back side to it. It came from a time when I had been working a lot and I was always looking forward to just one day where I could do whatever I wanted to do. I think a lot of people can connect to that.”

The second single is called “Fiyah,” and explores the various sacrifices people make in life for other people.

Posted by ashleyburnett at 9:39 AM