Lil Hines puts emotion into music; calls out fakers with remix of single ‘A Few’ 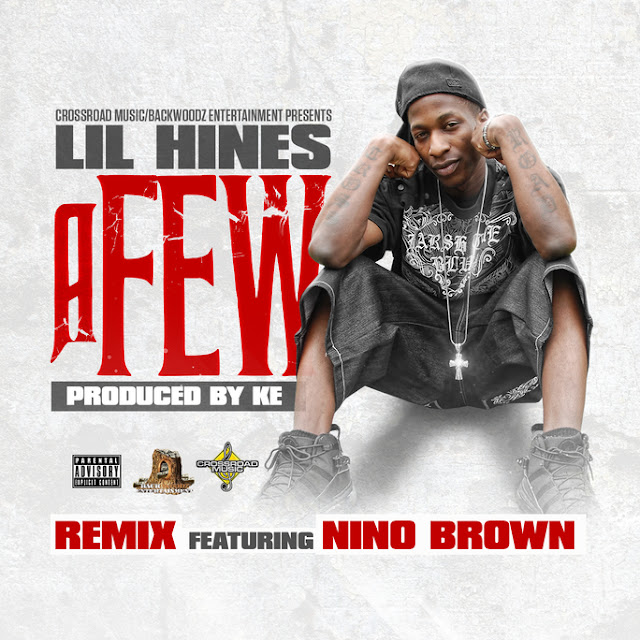 RICEBORO, GA – When Lil Hines was growing up, he had an older brother named Travis who loved old-school rappers. By the age of 10, Lil Hines was listening to the likes of JT Money, Trick Daddy, Outkast, UGK, Goodie Mob and Scarface. Their rapping would influence his tastes, and by the time he was in high school he was listening to Cash Money Hot Boyz, Master P and 8 Ball MJG.

All of those rappers influenced his style and unique flow – something that fans all throughout the Atlanta, Georgia region are discovering with the release of his single “A Few Remix (feat. Nino Brown).”

The single is one that Lil Hines describes as a “street anthem with a message that has a catchy club-banger” kind of vibe. It’s a song that he said explores the idea of people who hang around you just to eat the table scraps of your success.

“It’s about people you can’t mess with or vibe with,” he said. “I like to keep my circles small. There aren’t too many people outside my circle I can trust. I mess with a few people. This song is about those people who come up to you with a smile on their face but then go talk behind your back. They’re only with you because of what they can get out of it, and they’re not there for you. There’s a line in the song that says, ‘There’s only 1 percent I mess with, the other 99 percent is fake.’ That’s words to live by and apply to your everyday life.”

Lil Hines said his songs tend to be a reflection of how he’s feeling in the moment, and the message behind his lyrics are almost always a challenge for listeners to stay true to whatever it is that makes them unique.

“That’s what I try to do,” he said. “I want to stay true to myself. I was taught at a young age that whatever you do, do it to the best of my ability. I don’t force something or make something up that I haven’t done. I don’t fake it. I’m not a fraud. My lyrics talk about the things that I’ve done, the things I’ve experienced, or experiences of someone that I know.

“I write in the moment,” he continued. “I write what I feel, and when people hear me I want it to actually stick. At times there will be messages in there. But I also have party records that you want to turn up and vibe. Other records are just ride-in-your-car and chill to. Most of the time my music is just something that when you hear it, it’s something you feel. That’s what I want my music to be – something where you feel what I’m saying and can relate to it.”

Posted by ashleyburnett at 10:56 AM