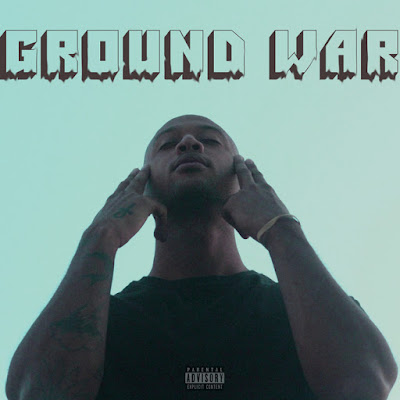 FT. LAUDERDALE, FL – Growing up in north Ft. Lauderdale, Scott “S.A. Vents” Anderson and his family didn’t have much. Even when his mother got a promotion that allowed them to move to Lauderhill, Florida in Broward County, it was a difficult area in which to grow up. But it was within that neighborhood that he got an education, both in diverse cultures and music genres.

Though hip-hop and reggae was always a big part of his household, he started getting into rock, techno and house music while in his early teenage years. By junior high school, he and a friend began playing around with beats and amateur producing on his friend’s laptop.

“We would literally sit there and listen to music – like old hip-hop,” Vents said. “It’s how we picked up a passion for DJ-ing, and it really influenced the way I grew up. Those old-school rappers – like Tupac and Biggie and Dr. Dre – were teachers to me. I really got into that, and we continued to DJ all the way through high school.”

His passion for music continued to grow during high school, but it took a back seat to basketball for a few years. College started off strong, but eventually became a struggle that turned into bad decisions with drug use and expulsion from school. He found himself in Atlanta, living in his aunt’s attic, and that’s where his love for music re-sparked. He enrolled at The Art Institute of Atlanta and majored in audio engineering. He discovered his own unique sound and style. And he began to develop a plan to make music a career.

In 2016 he moved back to South Florida and has been working on an album ever since. He plans to release the album later this year, but is ready to drop a five-song EP called “Ground War” in the next month or two as a prelude to the larger album that will be released later.

“The concept of it is that I’m an underground artist and no one knows about me,” he said. “’Ground War’ nods to that. I’m fighting this battle to get on the scene. I’m another person from the underground trying to get on the scene and shine. This EP has a hip-hop vibe to it, but I experiment a lot when it comes to my sound. My tone of voice is different, and I do some weird raspy sound effects. It’s different from anything I’ve heard melodically that’s out right now. Plus my wordplay is a little different. I don’t have regular bars – my bars are kind of abstract. Some of it is 808, and some of it has more of a west-coast vibe, but more than anything it’s just a diverse mixture of sound. You can’t put it in a box.”