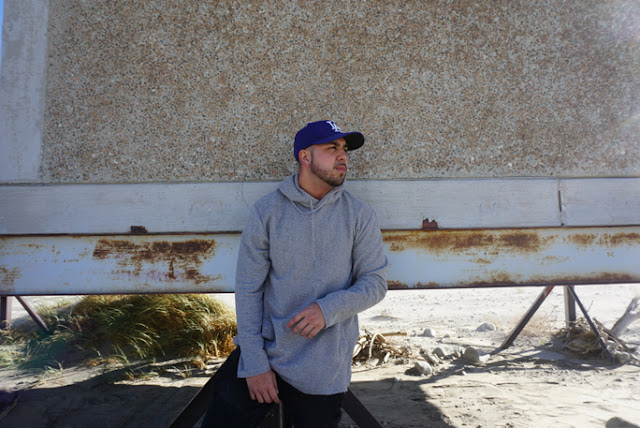 COACHELLA VALLEY, CA – While so much of today’s hip-hop and rap music illustrates the lifestyle of people who have come up through the struggle, Southern California artist Florian Martinez – AKA FLO – is reaping a lifestyle that’s almost the opposite of that.

Having made music for nearly six years with modest success, FLO is ready to take his career to the next level with the release of his new four-song EP “Loose Cannon.” It’s an EP that he said not only showcases his diversity as an artist, but also illustrates the point of view of a rapper who comes from the opposite side of kids from the struggle.

“Coachella Valley is a retirement community,” he said. “One of the things that sets me apart is that I’m from the suburbs and I can offer a perspective from that walk of life. I also like to show the duality of living in a rich neighborhood that is privileged, but 15 miles down the street is a completely different way of life. Through all of that I know people can connect with my music because I’m talking to people who struggle with making friends, or talking to certain girls, or even letting loose and having fun because of doubts or insecurities. But I was able to become more comfortable through music, and I want to be a voice for the voiceless in the same way.”

FLO said he first fell in love with hip-hop when he was 13 years old. It was a style of music, he said, that clearly dictated the mood of the performer by the songs tempo, beats and even voice stylizations. He also loves the way rap can be so in your face sometimes about specific issues.

“If there’s a horrible day, I can listen to a certain type of song that completely relates because the lyrics are so raw and unfiltered,” he said of rap music. “It’s a style of music that lets us deal with emotions that we feel we sometimes can’t express or share. But music helps us express it. It’s cathartic and relaxing.”

FLO said in some ways “Loose Cannon” describes his own battles with insecurities and his journey of finding his place in this world. As an introvert, he said he often struggled with feeling like an outcast or being boxed in with labels. But as a performer he can lose some of the inhibitions of Florian Martinez and adopt the boldness of the persona of FLO.

“That’s what I try to infuse into my music,” he said. “When people listen, if they’re day is bad then hopefully it doesn’t have to be 100 percent bad. If their struggle is tough, it doesn’t have to be overwhelming. Music has pushed me to be better, and I want to create music that will help others who struggle in certain ways, too.”

“Loose Cannon” is available for download on most digital download sites, such as iTunes, Spotify and Pandora. Fans can also check out the EP on FLO’s Soundcloud page. And those who want to find out more about upcoming music releases or live performances can follow him on Twitter, Instagram and Facebook.

Posted by ashleyburnett at 11:20 AM