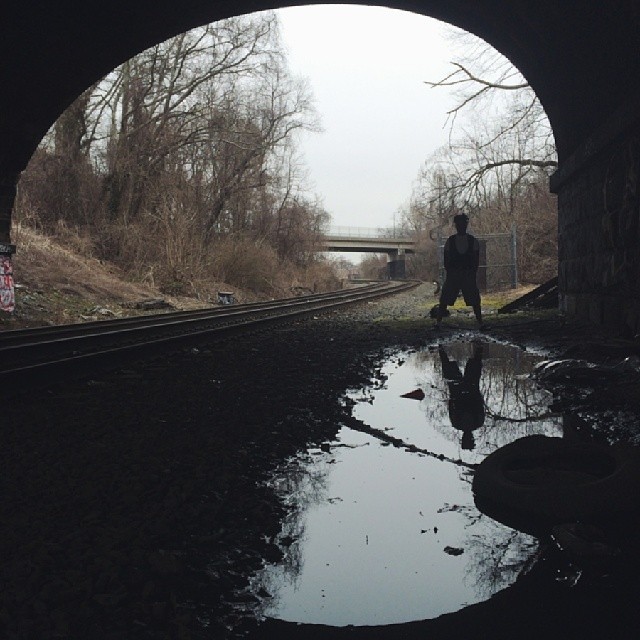 PHILADELPHIA, PA – Eighteen ‘N Over isn’t your normal hip-hop artist. In fact, the young singer from Philadelphia is often described as unorthodox, anti-social and an outsider.

It’s not merely an identity that others have labeled him with – it’s a reputation that he embraces and with which he hopes to be able to create an air of mystique around his music. He considers his music experimental and dark, but hopes that the lyrics and subject matter of his music will be inspiring to others.
Fans who listen to his new five-track EP entitled “Bitches Hate Good Guys” – which is slated to drop March 10 – will likely understand what he means when he describes his music as “dark” when they hear lyrics that are very graphic, raunchy and almost always disturbing.

“That’s why my name is what it is, because the music I make I don’t consider it should be for kids under 18,” he said. “I know there are teenagers in high school who feel the same way I do, but I want people to understand that my music is very out there and very graphic. It makes you feel almost the same way you’d feel when you’re watching a horror flick. I’m pushing the boundaries intentionally to make you think and feel something you don’t normally feel.”

The new EP is a project that he says describes a “good guy” like himself who is on a journey of discovery with women. His journey begins with the realization that many of the women within his generation only want to be with “bad guys,” and so as he begins to explore relationships and unravel the attractive qualities of his own personality, the good guy reputation begins to erode in favor of a bad-guy persona.

“The lifestyle that I’m living right now personally would be viewed as very different from what I used to be,” Eighteen ‘N Over said by way of explanation of the subject matter of the new EP. “This project examines that change. From track one to track five it’s a story from beginning to end.”

Eighteen ‘N Over said the EP is slated to drop sometime later this Spring. He said he hopes fans will appreciate the fusion of alternative rock, hard core rap and even some elements of R&B. He said more than anything he hopes they appreciate that he’s trying to bring something new to the game and to break away from the “trendy” hip-hop that he said dominates the airwaves today.

“So many artists today say that they’re different, but then you see them doing the same sound and following the wave,” he said. “Fans who love music love listening to something new. I don’t really near new sounds very much anymore. And that’s what I’m searching for. I’m an outsider and I’m very dark and you can tell by the music I make that I’m different. The message behind my lyrics is dark. The hooks might be catchy, but when you listen to the message you’ll realize the type of person I am – anti-social, a loner and hopefully a little mysterious. More than anything, my music is very personal and I’m at a place in my life where I’m not afraid to express my personal stuff. So this is the beginning of what I have to offer musically, and I hope people see that I’m moving in the direction that will become even more open with my life through my music.”

Posted by ashleyburnett at 11:58 AM