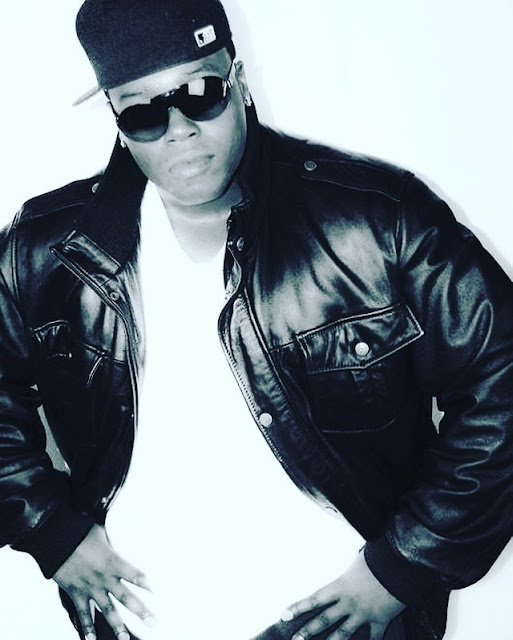 BROOKLYN, NY – When Mel Gates was growing up as a child in Brooklyn, New York, there were two things he could always count on when he woke up on a weekend: good breakfast and wake up music.

“Those two things were always going on with my mom,” he said. “When we woke up on a Saturday or Sunday we always smelled good food cooking and we heard good music playing, like Anita Baker or Keith Sweat. Every weekend that’s what we would do, and it gave me a love for music just as a listener. Over the years I began to develop my own taste in music, and some of that was influenced by my uncle who would always play this old-school hip-hop. That’s how I became a hip-hop junkie. By the time I was 18 I was starting to think about wanting to rap. A good friend of mine wrote my first rhyme and I learned it and spit that one rhyme for like a whole year. People were always asking for that rhyme and it really encouraged me to start doing music on my own.”

Before a new music career could really launch for Gates, however, he found himself in trouble with the law and sentenced to two years in jail. Though he would never choose to repeat the experience, his time in jail did allow him to discover a passion for writing that he said he never would have otherwise realized.

“For some reason being in there and doing time, I started learning how to write for myself,” he said. “It was mostly violent lyrics, and in there people called me Murder Mel because everything I rapped about was hard-core. I became a battle rapper while I was in there, and every time a new guy would come to jail who could rap, they would come find me. Everyone started to call me Murder Mel. But as soon as I got out I realized I wouldn’t make money with that kind of name and those violent lyrics. So I transitioned to Mel Gates and became a little more commercial.”

Today Mel Gates is an accomplished hip-hop artist whose work has been featured on radio stations and blogs all along the northeast. His most recent single, “Show Me,” is set to drop at the end of February and showcases an evolution as an artist into the kind of musician that fans just can’t get enough of.

“It’s a club hit,” he said. “It’s a fun record – a ‘having a good time’ record. It has a really good sound that most people are probably going to compare to a Lean Back record or a Fat Joe record. It has that kind of energy to it; that feel of being a club banger. It’s basically about a group of guys coming into the club and looking to have a good night. We’re all looking to meet that one girl for the night, and when this record comes on they see this girl who is beautiful and amazing and doing movies on the dance floor that fits everything she’s representing. The name of the single is a nod to the idea of ‘show me some more.’”

Gates said he’s currently shooting a music video to accompany the release of the single. “Show Me” is also the first single off an album that he hopes to release in late April or early May. Fans who want to sample his music can check out his Soundcloud page or purchase his music on iTunes. Fans can also follow him on Twitter, Instagram and Facebook for updates about upcoming music releases or live performances.
Posted by ashleyburnett at 10:51 PM