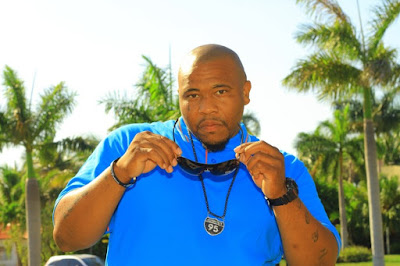 MIAMI, FL – When you have a dream that you can’t wait to share with the world, and you finally receive the opportunity to let loose with the talent and skill you’ve been storing up for years, sometimes the moment can be overwhelming – both for you and others around you.

Success is destined for Bigg Erupt, a rising hip-hop artist out of Miami, Florida. The musician who has been making music for many years and who is getting ready to release his eighth studio album entitled “Family Over Everything,” wasn’t always in the vast place in which he finds himself today. Growing up on the streets, he made some bad decisions that eventually landed him in prison. It was a huge wake-up call for him, and he spent most of his time in the penitentiary trying to figure out what he would do when he was released that would be legitimate and could make him enough money to support himself and his family.

“I knew I wanted to tell my story, and while I was locked up I got into a couple of cyphers and rap battles, and people encouraged me to pursue a career in the music industry when I got out,” he said. ‘I had lyrics, bars, a story to tell, and every day that went by I felt the need to let people hear that. I got out in 1999 and contacted one of my friends who had a mutual acquaintance who was getting ready to start a record label. That’s how it all begin. When I finally got in the studio, He spit for the first time for a producer named Redd Dot. I just went off erupted on the track and just exploded and put all my passion on that track. Afterward, he told me, ‘You just erupted!’ And that’s how I got my name, and it’s been my reputation ever since. When I rap, I put everything into it – all my passion, every emotion, and every raw, real feeling into every verse.”

That passion served him well in the early stages of his career. He put together countless shows all along the East Coast and throughout the Southwest region of the country. He also has performed and collaborated alongside major independent artists such as C-Ride, Pit Bull, Rick Ross, The Florida Boyz and Blood Raw, just to name a few.

Today, nearly 20 years after he first started his music career, he goes by the name Bigg E. His new album, “Family Over Everything,” is a project that he’s particularly proud of because it’s one that he got to collaborate on with his brother.

“It’s coming from a personal place,” he said. “It talks about my life and some of the struggles I’ve been through these last couple of years. It’s real music. When I began this project, I was transitioning out of the streets and to focus on my career as an artist. I wanted to be successful and live to enjoy the fruits of my labor. Family Over Everything is based on real current events and now I am ready to share it with the world.”

The album is set to release March 31 on Cdbaby.com/biggerupt. Fans who want to sample some of his music can visit his Soundcloud page, or check out some of his music videos on his YouTube channel. Fans can also follow him in social media on Twitter, Facebook and Instagram to find out more about upcoming music releases or live performances.

Posted by ashleyburnett at 12:19 PM