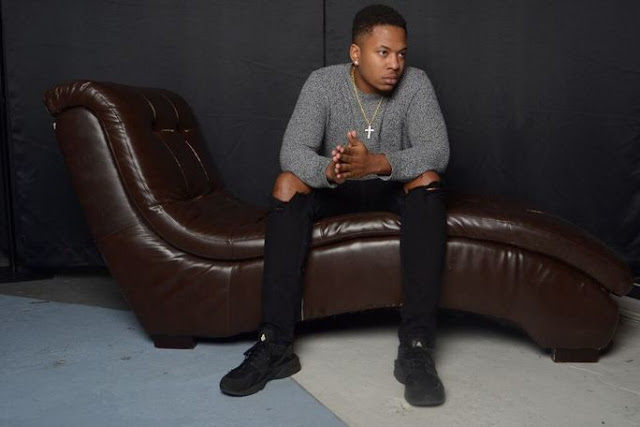 ROSELLE, N.J. – Growing up on the streets in one of the poorer areas of Roselle, New Jersey, Jon – AKA King Salomon – was constantly surrounded by hip-hop. His entire family loved that genre of music. His father would often play it on the radio, and his older sisters started to rap when he was very little. It was an influence on him from a very young age, and as soon as he could learn to write he was experimenting with poetry of his own. By high school he was writing his own raps, and today he is one of the hottest up-and-coming artists coming out of New Jersey.

His new EP, “The Book of Salomon Chap. 1,” is set to be released later this month and will introduce the world to his unique sound and relevant lyrics. He considers the project to have a storyteller type of vibe and many of the songs pull from personal experiences in ways that he hopes others will be able to relate to and enjoy.

“It’s a bookmark – a tale of the journey to where I am today,” he said of the EP. “There’s barely any singing; just mostly rapping. It has a hard-core kind of feel. But it tells the whole journey of how I got to where I am today – being raised in a religious household and figuring out that I wanted to make music. Hopefully it will give people a different perspective on life and offer up different ways of thinking.”

There are two singles off the EP that he’s already released, both of which are seeing modest success with plays online. The first is the intro track on the album. It’s called “Glory,” and he describes it simply as the song that showcases his rapping ability and songwriting ability. “It will get people excited for the rest of the EP.” The second single is called “Don’t Worry,” and it’s the only party record on the EP, he said.

“It’s a party record, but at the same time it’s about expressing who I am to other people,” he said. “All the time and money some people put into trying to make it famous is ridiculous and stupid. For me it comes down to the music. It’s not even about the art anymore, it’s about sounding good. I want it to not only sound good, but to say something. I think that separates me from a lot of people – that I’m actually saying something. This EP will showcase some fun shit and some harder shit. It’s really raw, but that’s because I want people to feel something when they hear my music. I don’t want to characterize what they feel, as long as they have some kind of feeling – whether that’s feeling empowered or happy or whatever. My music gives people a good energy. I know people will enjoy it, they just have to give it a listen.”

Fans who want to sample some of King Salomon’s music can do so by visiting his Soundcloud page. Fans can also follow him on social media @kingsalomon_ on Instagram and Twitter, or on Facebook, to find out more about upcoming music releases or live performances.
Posted by ashleyburnett at 9:34 AM