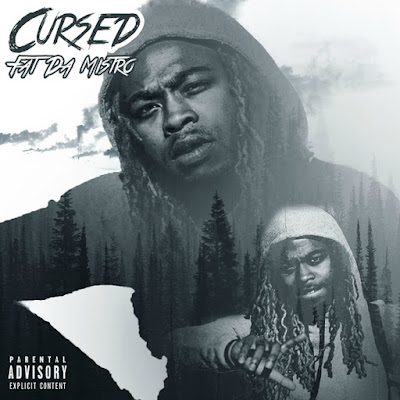 Atlanta, GA – Artist “Fat da Mistro” (a nickname earned as a kid, paying tribute to his knack for music) has always had a passion for music running in his veins, and has been toying around with studio software since he was young. But it wasn’t until as recently as a few years ago that he decided to turn his long time hobby into a real career. His music tells a story of his plight, and the struggles of those around him. Having been raised around Atlanta’s infamous Zone 3 neighborhoods, the artist has been witness to struggle and difficulty. “Over there,” he says, “it’s not all fun and games.” While some may feel repressed by that kind of upbringing, Fat da Mistro has turned something negative into a positive; his music.
Inspired by rappers like Lil Wayne, Fat da Mistro envies the way the iconic artist has maintained his place at the top of the music scene. He explains, “It’s about how long he’s been able to do what he’s doing. He’s set a real brand for himself.” Now, that’s what Fat da Mistro is out to do for his own career as a rapper. Eager to establish his own brand and further his career as an artist, his ultimate goal is to become successful to put his family into a “better position.”

With music like his, that shouldn’t be difficult. He describes his sound as “music for the soul,” continuing, “You can sit back and vibe to it. There’s not too much of my music that you’re not going to like or be able to vibe to.” Most recently, fans are raving about the release of Fat da Mistro’s latest single, “Cursed,” which is currently available on all digital platforms. The song is about the things happening in the world that give Fat da Mistro pause. “It’s about a lot of stuff I see going on today, stuff that’s happening with the police, and how the world is turning out.”

Ultimately, it’s Fat da Mistro’s persistence, immense talent and dedication that are going to get him to the top. His advice to others? “Do it. It’s not going to happen overnight.”