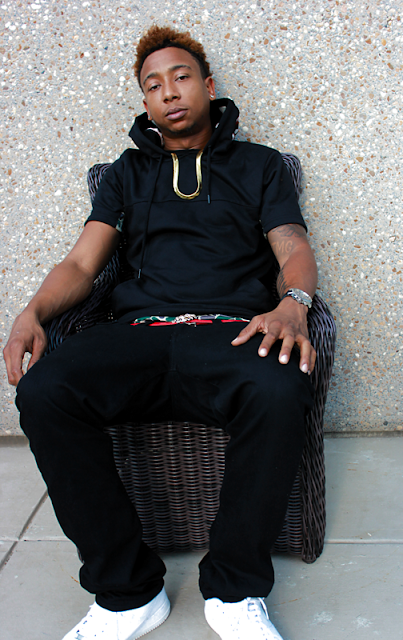 DANVILLE, VA – If you ask Avokid’s parents, they’ll tell you that he was born to make music.

Before he was even walking, he was dancing. Some of his earliest memories are of dancing with his parents to “Hip Hop Hooray” by Naughty By Nature. By the time he was in middle school, he was making CDs and selling them at school. People began to come to him for requests, and two years later a friend suggested that they make a rap album together. Every day they would come home from school to record in his house or make beats in his friend’s basement. Eventually they wrote and recorded their own song and released it to the world.

“I thought it would be a lot of work, but I went ahead and wrote a song and people liked it,” he said. “I made CDs and gave it to certain chicks in school and they really liked it. And then more people became infatuated with it, so just stuck with making music. Ever since then I’ve just been growing and growing to see how far I can go.”

He’s come far in the years since. Having already released a number of singles over the course of his career, Avokid has just released his latest mixtape called “4Ever Rich Project.” The mixtape includes 16 tracks of recordings he’s created – including producing 10 of those 16 tracks – over the past two years. He says these 16 songs best represent who he is as an artist, and they’re ones that fans have listened to and provided the most positive feedback on. The first single off the mixtape is “Vixen Chick.”

“It’s a song about finding somebody I can be with,” Avokid said. “It explores the ambition and the effort it takes to do something and be somewhere special in your life. It talks about finding that special someone to help you get to the next level, and how you also help them up. It’s got one of those types of vibes that you feel when you’re around somebody that you’re super comfortable with. It’s got a smooth vibe to it, but it’s not so smooth that you couldn’t play it in the club. It’s not going to be the loudest song you hear in the club, but it’s definitely something everybody can relate to and it has a good beat to it.”

“Ultimately I want every single song that I make to be relatable to the people who hear it,” he said. “I want people to listen to my music and say, ‘Wow! I’ve been waiting my whole life for someone else to know how I’ve been feeling.’ I want them to listen to my songs and get that warm feeling. Every single song I make I want people to feel that.”

He said part of his desire to make music like that stems from the inspiration he’s taken from other artists over the years. He specifically points to 2Pac, who’s music he listened to as a child more than 20 years ago and still finds inspiration from today.

“I can listen to his songs because they’re timeless,” he said. “I know every word to those songs and back then I never really paid attention to the words. But now – 20 years later – I’m appreciating the legacy of it and how that music can live on. That’s what I want my music to accomplish.”

Fans who want to sample some of Avokid’s music can visit his Soundcloud page, or purchase his single “Vixen Chick” on iTunes. Fans can also follow him on social media on Twitter, Facebook and Instagram. Other places to sample his music include MXTPZ, Spinrilla and Datpiff.


Posted by ashleyburnett at 9:40 PM