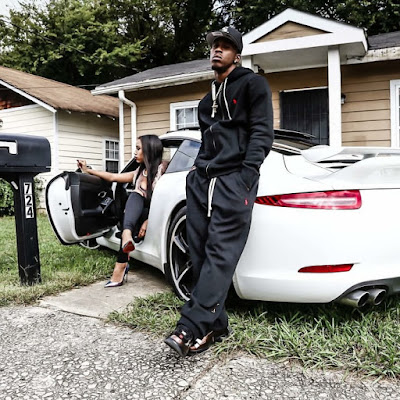 That’s the words often used to describe the unique sound of up-and-coming hip-hop artist Naybahood. The young rapper from Chicago projects a “rugged” sound that fans all over the country are starting to get excited about. And with the release of his new mixtape, ‘Dope Shit Only 3,” Naybahood is set to take the hip-hop scene by storm.

“It’s raw and unique in a sense that it’s an original sound,” Naybahood said. “It’s educated street music that paints a picture. My flow is a mix of my story that represents stages of my life and environment, but it’s also inspirational at the same time.”

Naybahood said he wants to leave behind a mark on the world with his music – a “memory of what real hip-hip is supposed to be like.” He said he works hard to develop dope artistry and lyrics through his music, and he hopes that as he gains popularity fans will recognize his legit skills and abilities within the hip-hop industry.

“I want to give people a positive vibe based on the stories from my life,” he said. “I want to be felt through my music, and I want you to never forget me. Ultimately, I want to be one of the best.”

Most of the stories in his music stem from his environment and his peers. Some come from memories of his childhood – living in a house where music was everything. Some comes from inspiration from other artists, or beats he finds from other producers that he feels compelled to write lyrics to.

“Most of the time it just comes to me,” he said of his songwriting. “It’s just everyday life that comes off the top of my head. When I’m really feeling it I’ll lock myself in a room and brainstorm and let it flow. When I’m really feeling it is just comes easy to me, and that’s how I know this is something I’m supposed to be doing. I was meant for it. It just comes up out of me – up through my whole body. I have a real passion for it and I feel like it’s my calling.”

Some of the artists he points to as inspiration include Jadakiss, DMX and Nas because of their raw, rugged feel – a sound that he wants to emulate while still creating something new and unique. He wants to project a street mentality he said, though with an educated take on stories that come from that world. Ultimately, he wants people to be able to relate with his music no matter where they’re coming from or what subject matter his songs are talking about.

“I want to stretch your mind and make you think about life,” he said.

Fans who want to sample his sound can visit his website NaybahoodMusic.com, or check out his Soundcloud page. Fans can also follow him @_Naybahood on social media sites such as Twitter and Instagram to find out more about upcoming music releases or live shows.

Posted by ashleyburnett at 10:05 PM