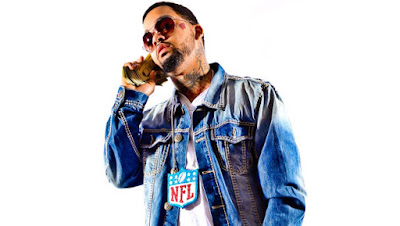 Rondo Stacks is a very unique and diverse artist. Having experienced enough hardships for two lifetimes, Rondo paints a picture of his life through melodic rhymes, witty wordplay, catchy hooks, and a notable honesty in his storytelling. If you prejudge the worth or value of Rondo by his outward appearance alone you're missing out on a great read! Rondo picked up on his skills at the early age of 8, stealing his father's cassettes and recording his rhymes over them.

He would observe and take request from his older brother who also dabbled in rap at the time. As he got older, life would have its way with Rondo and his family; father in and out of jail and a young Rondo there to step up as the man of the house, the streets showed him the way. Having started a family of his own, picking up different trade skills was a necessity. But in 2014, that life would catch up to him and dished out charges that would have drastically changed his life forever.

Having come out of the situation with a new appreciation for his freedom and a renewed sense of purpose, Rondo is more determined than ever to make his music career a reality.

He has a story to tell... a story you need to hear! Check out the new single on SoundCloud below!
Keep up with Rondo on social media! Twitter @RondoStacks IG @RondoStacks
Posted by Unknown at 12:12 AM