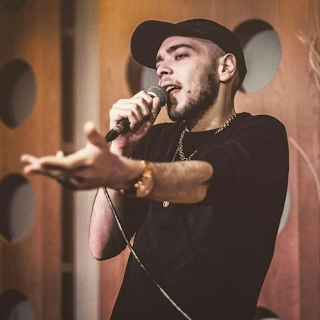 TORONTO, ONTARIO, CANADA – The title of Trapdaddyflex’s new album is a perfect description of who he is as an artist.

“Unorthodox” not only describes the style of hip-hop and rap showcased on his newest project, but also describes his style as an individual and as a musician.

“When I do a tape, I like to do one style of music to it,” he said. “With this I went out of my way to push my limits and see what else I could do. I’m singing and showing off different aspects of rap. Even the album cover (which features a pink lemon) is unorthodox because when you think of a rap album you don’t think of a lemon. Ultimately, the music on this album is very unorthodox compared to other people’s music in the industry right now.”

Hailing out of Toronto, Ontario, Canada, Trapdaddyflex is a relative newcomer to the hip-hop scene, having only been recording music for the past two years. But though he’s only dedicated himself to make music as a career for such a short time, he has amassed a wealth of music that he wants to share with the world. He said the biggest reason why he has so much music is because he just loves making it – so much so that he usually records at least two tracks a day and has more than 350 individual singles in his vast archive.

“There’s not a time when I’m not listening to music,” he said. “I love it. I love everything about – especially the feeling you get when you listen to that perfect song. I love it that you can turn on a song and it change your mood just like that – from sad to happy, or happy to sad. There is so much entertainment and love in people’s music. You can hear their story by listening to their music. I love that. It’s nice to put that all together. And I’m trying to change music right now. So many artists will come out with one track and that’s it, and people will say they’re amazing. That’s not what I want to be known for. I want to be known for my amazing amount of work.”

Fans who do sample his music will be treated to a sound and style that are definitively his own. His articulate delivery pairs with a laid-back flow that is almost hypnotic – pulling the listener in and refusing to let go until the song has reached its conclusion.

He also bares his soul to the world through his lyrics. Honing in on the storytelling side of music that he personally loves so much, he tends to write lyrics that share moments from his own life or let fans into the creativity of his mind. Oftentimes that comes out as clever wordplay and little quips that fans have come to enjoy so much that they want to listen over and over just for those nuggets of gold.

“Unorthodox” is available on Apple Music, Datpiff, Spotify and more digital download sites. It is also available on Soundcloud. And fans who want to find out more about upcoming music releases can follow Trapdaddyflex on Twitter and Instagram @trapdaddyflex, and on Snapchat @tiamiskander.
Posted by ashleyburnett at 1:59 PM