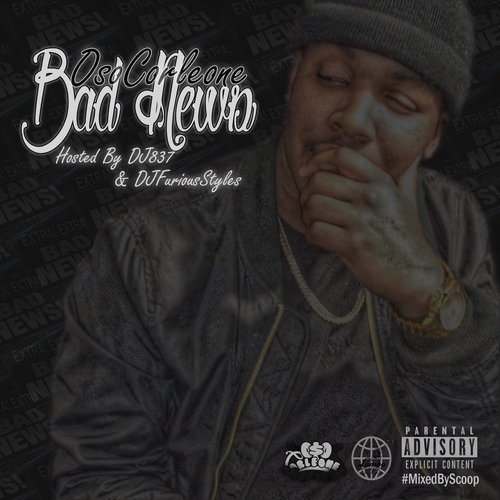 Oso Corleone is “In Tha Mix" with a brand new mixtape. Serving as the follow up to 2016's True Hustler Under God, the 8-track project features
cuts like “Bad News,” “Fuck it,” and “Can't Talk.” Fans can now stream Oso's entire project via Spotify. The overall project is full of radical energy and lyrical fire. As usual Oso delivers nothing but bars. Oso Corleone has dropped 4 mixtapes that have received over 4,000 downloads and over 2 million streams with barely any features. Now it seems like this true hustler under god is looking to do it all over again. Who's anxious for some new music from Oso Corleone?

Oso Corleone is a Hip Hop/Rap Artist and song writer from NE Washington D.C. The name Oso means One Shot Only. Oso began rapping after his gogo band broke up and went separate ways. Influenced by all good music his hustle is family driven. His latest mixtape True Hustler Under God is available now on spinrilla.