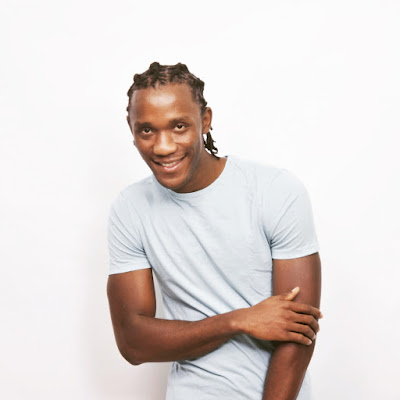 COLUMBUS, OH – When Richard Kamara was a child growing up in the country of Sierra Leone, there wasn’t a lot of American-made hip-hop music around. So when 50 Cent released an album and his singles “This is how I Do” and “Candy Shop” found its way to the African country and to Richard’s young ears, he was immediately hooked on this new style of music.

“It was because of his music that I started writing my own songs and practicing rapping,” said Richard, who today goes by the stage name Richard Wealth. “In high school I played soccer and after practice I would go home by myself and start writing songs and practicing doing beats on my own. It was a hobby, but I loved his style of music.”

In 2008, Richard’s father brought the family to the U.S. so that his children could pursue a better education. By then, however, Richard had developed a thick accent associated with his first language of Creole. And though he poured himself into soccer, he continued to pursue his passion for music and often found a reggae vibe mixing its way into his hip-hop sound because of that Creole background.

After high school, he took on a full-time job to pay the bills, but still wanted to pursue music as a career. In fact, during his breaks he would grab a notepad or blank sheet of paper and write lyrics.

“It was always in me,” he said of his passion for music. “Music, music, music … it’s all I ever wanted, even when I was at my 9-to-5 job. I remember hearing 50 Cent and thinking, ‘This guy is really dope. He’s really good’ And when I create music, that’s what I want people to think of me. I just want them to love my music – the vibes and all of it. Eventually I want to go mainstream and have my own record label and sign other artists and just generate wealth for myself. That’s why I chose the name Richard Wealth.”

He has already started down that path by launching his own record label, Off Price Music Records, while also releasing his first single. It’s a track called “Run Me,” and it was inspired by the song “Run Up” by American electronic band Major Lazer, featuring PartyNextDoor and Nicki Minaj. Richard Wealth said he heard that song and immediately talked to his friend, who is a producer, about making a similar beat. After working together in the studio to create something original, the result is his new single “Run Me.”

“It’s a party song about a girl who dances,” he said. “It’s about seeing this girl dancing and wanting to dance with her. It was produced by Mantra and Matt Hagberg and it’s my first single. I’m working on my second single that will be released this summer.”

Fans who want to find out more about Richard Wealth and his upcoming music releases can follow him on social media on Twitter and Instagram.
Posted by ashleyburnett at 1:18 AM