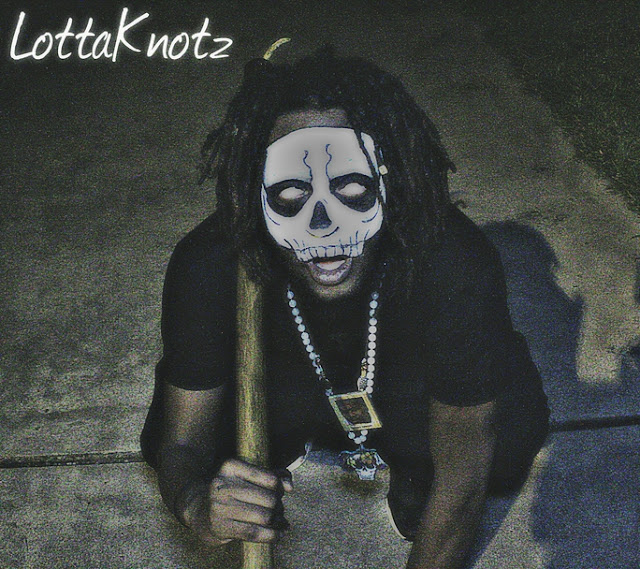 HOUMA, LA – Lotta Knotz is ready to put a voodoo “Spell On You” with his newest single – a Louisiana voodoo/hip-hop groove that he said is inspired by the religion of his ancestors.

Growing up in Houma, Louisiana within a Christian family, Lotta Knotz found himself singing in the church choir from a young age. His grandmother inspired within him a love for music, but he said every time he sang in church the “spiritual vibe” just didn’t quite ring true to him. As he began to explore music more during his high school years, he stumbled upon voodoo and soon learned about its roots.
“It speaks to me because it’s the religion of my ancestors,” he said. “It’s the Africans’ native religion before they were slaves. It’s something I should die by because it’s something they came into the world believing. Christianity was forced on them. I grew up in Christianity, but when I got older and started doing my own research, my beliefs changed. I started having dreams and feelings and the name Lotta Knotz came to me in a dream like a spirit. Ever since then I’m been using this flesh to relay a message. This whole song is like I didn’t even write it – like something beyond me wrote it.”

Lotta Knotz said “Spell On You” intentionally plays into the stigma that most people have towards voodoo. He said he plays up the scary nature of the religion, and he wants to emphasize the powers of voodoo and how something stronger than himself is pushing him to create this kind of music. His rhythmic delivery and gravelly voice belie a subtle singer whose unique sound will certainly pique the ears of new listeners.

He also said that he’s aware of the controversy that can potentially rise from his embracing of a religion such as voodoo within his music. He said he knows dark music is a niche sound that may not play to the masses, but he wants to embrace the controversy and shine a light on what voodoo really is instead of what people think it is.

“I want to show people where it really came from,” he said. “Hollywood and the media make it seem like there’s so much hoodoo, but they’re mistaking hoodoo with voodoo. I know that this voodoo stuff is a whole new lane. It’s not your average hip-hop. It’s not mumble rap. There’s really no title for it, even though some people might call it Creole music. I just call it Louisiana voodoo music, and it’s not like anything anybody is doing right now.”

Fans who want to get a taste of this unique sound can visit Lotta Knotz’s Soundcloud page, or check out the voodoo-inspired music video on his YouTube channel. Fans can also follow him on Instagram and Twitter for updates about new music releases and live shows.

Posted by ashleyburnett at 10:53 PM