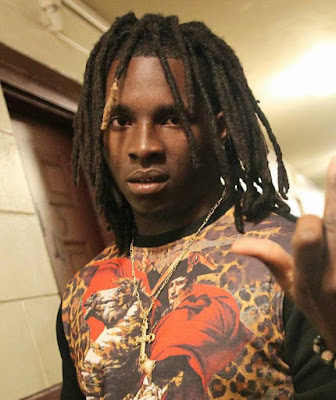 ORLANDO, FL – When Loose Kannon Takeoff drops a new mixtape, that’s literally what he’s trying to give his fans: a mixture of great songs that touch on a wide variety of topics.

Take his most recent mixtape “I’m Almost There,” which is scheduled to drop in May. It’s a project that he said features a number of different songs, with every single one exploring a different topic.
“They’re all about different shit,” Takeoff said. “There are grinding songs and get money songs and female songs and all kinds of songs. But it’s all me on every single one of them. I don’t sound like anybody. I rap about what’s really on my mind and what I go through and I think and see things. That’s what I put into my music. When I record something, it comes from the heart and I deliver it like that. Everybody’s life is different, and this is me on the track.”

Takeoff has been writing music since he was seven years old. When he and his cousin first started, he admits that his cousin was “big leagues” while he was still messing with nursery rhymes. The older he got, however, the more experienced he became and the more confidence he developed in his skill as a rapper. He also began to accumulate more real-life situations, all of which gave him an archive of stories from which to pull when decided to turn his music hobby into a career at age 19.

“Everything I rap about is something I’ve been through or spoken to someone who’s been through it,” Takeoff said. “There’s a lot of knowledge in my lyrics. If I can let people know, they’ll be better off in those situations than if I didn’t say anything. So a lot of my music tells people how it is, ‘If you’re going to do something, do it a certain way.’ I’m giving wisdom, basically, from my point of view. And I look at shit differently, so my music is my way of opening peoples’ eyes instead of just giving them simple messages.”

And his music has been connecting with an ever-increasing fan-base. Some of his older music videos have gone from 100 views or less to tens of thousands in no time thanks to the popularity of his music.

To find out more about Loose Kannon, fans can follow him on Facebook, Twitter and Instagram. And fans who want to check out the five singles he’ll be releasing in anticipation of the album in May can visit the following links on YouTube:

Posted by ashleyburnett at 9:25 AM