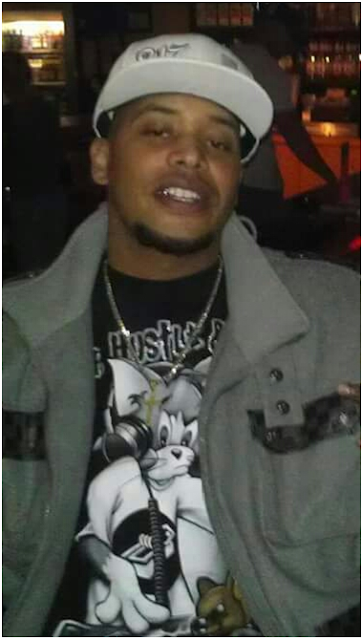 INDIANAPOLIS, IN – When Hot Dizzy was working as a bartender at a strip club some years ago, he had no idea that the large guy with the nickname “Big Ace” who ordered a drink from him would become one of his closest friends. But as the two bonded over a rap song being played in the club that night, their friendship grew and Big Ace became one of Dizzy’s biggest inspirations.

The passing of Big Ace due to a heart attack hit Dizzy hard. He struggled to find a way to honor the memory of his friend, until he started diving into the hip-hop and rap of his youth. The process of grieving over a friend and writing to express his feelings uncovered a natural talent that he now uses as the hip-hop artist from Indianapolis known as Hot Dizzy.

“I had tried rap back in the day, but didn’t take it seriously,” he said. “The thing that pushed me back into rapping was when Big Ace passed away. Now it feels like he’s pushing me to do this. When I played around with rap as a hobby before, it felt like I wasn’t doing anything with it. I even started driving trucks for a while. But now I owe it to him to make this real.”

Dizzy said his unique style is that of a rap storyteller. He said his rhymes are often referred to as a narrator telling a story with a distinct flow and delivery. His stories tend to be metaphors for the struggles he’s going through or the things he’s seen. Sometimes his environment and the relationships he enjoys find their way into his music, as well.

His single “Hood Low” is currently ranked No. 1 on the Emerging 200 Chart, and he has two other singles out that he hopes will make a similar splash. “Stand Still” is a song specifically dedicated to Big Ace.

“It’s about being up in the club and seeing a girl dancing and liking what you see,” he said. “But when you holler at the girl you find out the club is ready to close. So you bounce to another club and find a honey and take her to the hotel and do the thing.”

Another single, “Feedback,” is more of a statement piece that he said should let listeners know exactly who he is. Every verse has its own specific meaning, and the driving beat is something he knows will connect with fans.

At the end of the day, though, he said he hopes his music is something that can help others out of bad situations by giving them an escape.

Fans who want to sample Hot Dizzy’s music can visit his Soundcloud page, or check out some of his music videos on his YouTube channel. His new album is scheduled to drop in May, and fans who follow him on Twitter can find out more about upcoming music releases or live performances.

Posted by ashleyburnett at 1:41 AM