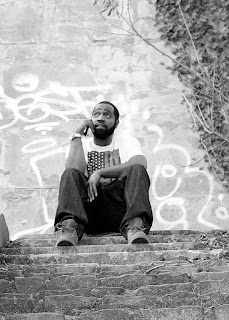 RICHMOND, VA – There were two constants in Mitchell “Hollywood Boogie’s” home as he was growing up in Richmond, Virginia: music and basketball.

His father was a professional basketball player who played for the Houston Rockets. He was also an amateur musician and often sang or played around the house. His mother was a singer who served as a choir director for their church. She used to sing to young Boogie every day, using new words over the top of old records to modernize the lyrics in a way that would appeal to him. He started singing back to her as a child, developing a sense of rhythm that has evolved into a unique style and sound that today sets him apart as one of the hottest rising hip-hop artists in the country.

In many ways, Boogie sees an evolution playing a key role in every step of his music career. From the moment his brother – a local rapper with a modest following – showed him that anyone could be a rapper if they had talent and were willing to work hard, he was dedicated to his craft.

“So I began to write lyrics to instrumentals and say them to my friends to see if I was good enough,” he said. “After seeing their reactions, I decided to pursue a music career. But I also played basketball at a high level. I even played for the ABA for awhile until I broke my ankle. I had a choice to rehab and continue to do basketball, or focus instead on music. I’m a hard worker and I decided to put the work that I was putting into basketball into the music.”

About four months ago he released a mixtape called “Evolution,” – named as a nod to the way he views his approach to music and his journey as a professional hip-hop artist.

“When I started doing music again, I didn’t want to just make any old trap or urban record,” he said. “I wanted to expand peoples’ minds. ‘Evolution’ was my way of talking about a lot of things – education and sports and perseverance.”

His new single, “BoogieMan,” is a bit of a return to the urban sound that put him on the map in the first place. He said he was intentional about choosing that sound because he wanted to pay homage to the fan-base that has stayed with him over the years. But he also wants to use the success from that single as a launching pad for his new mixtape, “Relapse,” which he said he hopes to release later this year.

To sample some of his music, fans can visit his Soundcloud page, or check out any digital streaming site such as iTunes, Spotify or Google Play. Fans can also follow him on social media on Twitter, Facebook and Instagram to stay up to date on new music releases or live performances.

Posted by ashleyburnett at 6:10 PM