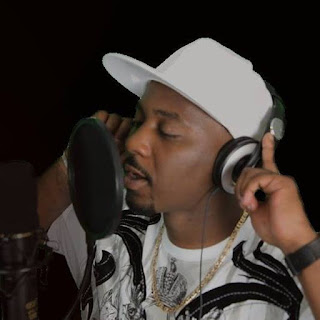 MEMPHIS, TN – If you’re going to be bold enough to enter the hip-hop game, you better come strong and be a force to be reckoned with.

That’s Marcus Bowen’s attitude, and it’s the mentality behind choosing the stage name Excaliba – a nod to the sword of King Arthur and the Round Table. It’s also the backbone of his company Round Table Entertainment RTE, which serves as the record label for his new 13-song mixtape entitled “Da Gift.”
“It’s an idea based off of defeating struggle and adversity,” Excaliba said. “We as people face and encounter adversity every day. I’m not a biased artist or an artist of segregation or prejudice, even though I’ve been there and through hard times and struggle. I want to overcome negativity with positivity. I want to be a force to be reckoned with. That’s where the story of Excaliba comes from. Around age 19 I was with my cousin, and it was a time when I was going through a struggle in my life, and he said I was kind of like the Sword in the Stone. He said, “I was like that sword, which was the weapon of choice and had the power to defeat anything. I went and watched the movie ‘Excalibur’, and afterward I said to myself, I am the weapon of choice. That’s me!’”

He hopes people who listen to his music will get that sense of excellence and powerhouse entertainment. To help them get a feel for the kind of music he creates, he has “gifted” fans with this new mixtape that he said is a little bit of everything.

“It must be me being me – one of a kind,” he said. “I’m being myself. I’m being original. I’m being a trendsetter. This showcases the versatility and ability I have to give you a flow on any type of production. If it’s a country mix, I could go at it. I have music for all people.”

The main single off the mixtape is a song called “Where You At.” It’s a song that he describes as “explosive,” but also very introspective – perhaps more-so than any other song he’s ever written.

“I wrote that song at a point and time when I was looking for love in my life,” he said. “I was looking for something that I felt I had lost. It was around the time my brother had passed and I was going through a relationship breakup and all that emotion. I eventually wanted to start looking for a life and find that true love, and out of that I realized that music is my bride. She was my mistress at first, and when I realized she was deep within me, I began to ask myself deep in my soul, ‘Where you at?’ When I heard the track, it spoke to me and I began to sing a melody that I felt and the instruments inside of me spoke to me and suddenly I was speaking the music. I feel like it’s a song that represents all of me. When I visualize the music video for this song I see the old school and the new school and the middle age. I see it being played at clubs and at backyard barbecues and stepping and at beach clubs. I see it all.”

Fans who want to get a taste of Excaliba’s music can check out the artist’s official website www.excaliba.net, Reverb Nation or Google+, or can watch some of his music videos on his YouTube channel. Fans can also follow him on Facebook, Twitter, Instagram and Tumblr to find out more about upcoming music releases or live performances.
Posted by ashleyburnett at 8:54 PM