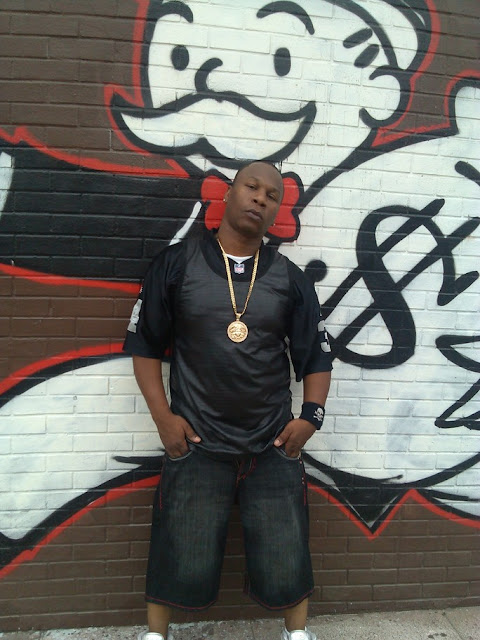 LOS ANGELES, CA – PB Hassan’s resume as a musician reads like a Top 10 list of greatest collaborations. He’s worked with super producer Dr. Dre, opened up for Notorious B.I.G. and recorded numerous tracks with hip-hop producer "Hitman" Howie Tee. He’s collaborated on movie soundtracks for “House Party 3,” “Half Past Dead” and “Deuce Bigalow: Male Gigolo,” among others. And he's been on many mixtapes hosted by some of the industry's hottest DJs, including DJ Envy (The Breakfast Club) and DJ Clue (Desert Storm Radio). And what’s more, he’s toured all over the world as a hype man for artists such as AMG and Domino.

After decades of success in the industry, he’s ready to make a mark in the world of hip-hop as a solo artist. His latest single, “Birthday Bash”, produced by the Legion is one that he knows will announce his talent to the world in ways that will reverberate for a long time.

“Every day is someone’s birthday,” he said. “Every day someone is born. And everyone knows the traditional song of ‘Happy Birthday To You.’ Mine is the hip-hop, ghetto, street version of a Happy Birthday song. It’s something I came up with and I think it’s a hot record. It has a hot hook and a turned up chorus and I think it will reach everyone on a worldwide level. It’s kind of one of those hip-hop anthems – like back in the day when there were a lot of hip-hop anthems. It’s definitely something you’d hear in the clubs because that’s where people go to celebrate a birthday. It’s a song that you’ll hear at any kind of social gathering, club setting or any party. It’s a song about celebrating life and turning up.”

PB Hassan said since he released the single about a month ago he’s constantly getting comments from people on Facebook in relation to their birthdays. Fans have been sending pictures of themselves at birthday parties dancing to the single, or using the single as a background song over videos of themselves celebrating a birthday.

After spending so many years working with other artists, he’s glad to have the chance to showcase his talent in the forefront. He’s come a long way from his time as a kid growing up on the East Coast and the West Coast watching the birth of hip-hop through social gatherings
where someone would bring a boom box and put on LL Cool J, Dr. Dre, or the latest hottest instrumental and a cipher battle would bust out. It was a lifestyle he was enamored with from a young age, and when he started putting together his own raps it was soon apparent that he had
a natural talent for wordplay and rhythm.

“PB was my nickname growing up because I used to spit and one guy told me one time that I was so good that I sounded like a Poetic Beast,” Hassan said. “Hip-hop and wordplay is all poetry – poetry with rhythm. I’ve always enjoyed exercising my poems and getting feedback, and when people refer to me as a poetic beast it just validates everything I’m trying to accomplish.”

Toward that end he hopes that “Birthday Bash” will continue the evolution of hip-hop and bring back some of that genre’s roots by encouraging people to revisit the social gatherings of the past and come together over an anthem song such as this one.

“I was always attracted to having a good time and turning up,” he said. “The artists from back in the day that you remember were the ones that were always doing things to have a good time, making music from their experiences or what was going on in their environment. At the end of the day I want to be an artist who is known for giving the world great music and being diverse. The energy, the delivery, the word-play – I’m very charismatic and I have a strong voice and I think all of those things will give fans something to enjoy.”

Fans who want to find out more about PB Hassan can visit his website at artistecard.com/pbhassan1, or check out his music on his Soundcloud or Reverbnation pages. Fans can also follow him on Facebook, Twitter or Instagram for updates about upcoming music releases or live performances.

Posted by ashleyburnett at 7:41 PM