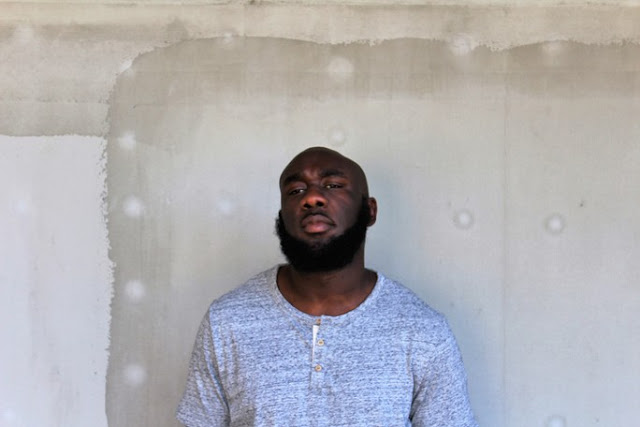 PENSACOLA, FL – When you hear the name Sauls B, the hip-hop artist from Pensacola, Florida hopes you equate that name with good vibes and music that relates to real-life situations.

From an early age, Alvin Saulsberry loved music. Raised in a church-going family, his father played the bass in church and his mother sang in the choir. Throughout the week he would always hear his dad practicing for church services or other church events, and music was almost always around him. Add to that the wide array of genres of music that was always playing in the house, whether on the radio or cassette tape, and the influence on his life was undeniable.

What started as a fun pastime turned into a bona fide career when he saw the effect his music could have on others. A friend from one of his school basketball teams nicknamed him Sauls B, and when he committed to making music a career the name seemed like a perfect one.

Today, Sauls B continues to encourage crowds and fans with good vibes through his music. Most recently he released a single called “The Feeling.” It’s a self-described party song that he said isn’t super, super hype but is more of a laid-back sound that many people will love.
“It’s a song that says whatever vibe drives you, keep going and don’t be worried about what anybody else has to say,” he said. “It’s more personal for me as far as I’m driving the song with my lyrics. It’s a feel-good song, and I think people will vibe with it.”

Sauls B said the desire to help people feel good through his music originates from his faith.

“I don’t necessarily want to push that on other people, but I do want to be that example,” he said. “You’re gonna go through this and that, and there’s always a way out. I’m trying to give something positive and good for people to think about. Everybody goes through stuff. We all face something or have some type of flaw. Some people feel like they have to be stuck with that flow and they aren’t necessarily progressing within. Some think they have to clean their life all the way up and the flaw will go away, and for some it does. But for most you always have to deal with it. There are ways to deal with it, and more often than not that involves having the right perspective and finding ways to change your perspective. That’s where the good vibes come in. My music illustrates lessons I’ve learned from real-life situations, and through that I’m relating to others and what they’re going through while inspiring them at the same time.”

“The Feeling”, dropping in October of last year, has seen modest success in the months since. Sauls B said in many ways, it’s a bridge between trap and mumble rap – sort of like Travis Scott meets Big Sean. Fans who want to check out some of his music can visit his Soundcloud page. And to find out more about upcoming music releases or live performances, fans can follow him on social media on Twitter, Facebook and Instagram.
Posted by ashleyburnett at 8:02 PM