London-based rapper sends notice to industry with new EP ‘MUAHAHAHA; In Your Face! ’ 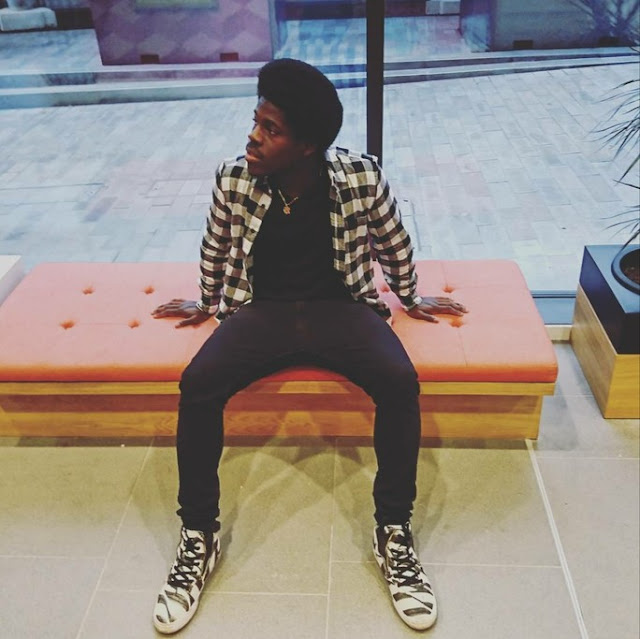 LONDON, ENGLAND – If you want some insight into London’s hottest new hip-hop artist Karim Tanoe, all you have to do is look at the title of his most-recent EP. It’s entitled “MUAHAHAHA; In Your Face! ,” and it’s a project that he said is a pre-emanate strike toward the music industry in a way that announces to the world that he’s here and he’s ready to make a difference with his unique sound.

“The name of the project comes from the sound of any triumphant laugh you’d have as a villain,” the London-based rapper said. “I wanted to use that concept about acknowledging fears and scheming to eliminate them. I don’t believe in a genre-box of what you’re ‘supposed’ to sound like or look like. Once you’re comfortable in your own skin, then ‘F__k you!’ is no longer an acceptable defense mechanism.”

To further illustrate his point, Tanoe’s main single off the album – “Prisoner No. 4” – explores the concept of destiny and challenges the listener to take an introspective look at what it is that’s keeping them from realizing their dreams.

“I basically wrote it by imagining a conversation with destiny – as if she was a supplier and could provide us with anything,” Tanoe said. “If you could get everything you wanted, exactly how you want it and whenever you want, then there would be no point as humans to be in existence in the first place. We are creatures who evolve through trials. A prisoner is someone who is restrained and does not have freedom in whatever they do. And No. 4 is symbolic of going back to your roots – the place you came from. The whole idea is that we might be prisoners in terms of our lust for materialism, but if we can go back to our roots and maneuver without giving in to materialistic ideals, we can have substance in our lives.”

Most of Tanoe’s work takes an introspective, conscientious look at life. His lyrics challenge the listener to think more deeply while providing a sound that can’t be ignored. With this new EP, Tanoe said he was trying to present something “a little lighter than what I’d normally write,” though the lyrics still have plenty of meat for fans to digest.

“I went for something that would taste good on the first bite rather than something you’d have to live with and chew on for awhile,” he said. “I think it’s something that people will like immediately and vibe with, and if they dig into the lyrics a little bit and actually go a lot deeper, they’ll see a deeper meaning. I like using those kinds of contradictions in music.”

Originally from the Ivory Coast in Africa, Tanoe has traveled from place-to-place for much of his life – living in Cameroon, Senegal, Togo, Nigeria and Manchester before settling in London about four years ago. The musical influences from those places have all contributed to his unique sound, he said, and help him to stand out from a crowded hip-hop industry that, in his opinion, sounds so similar that it’s almost hard to discern one artist from another.

“I always want to bring something more to people than just what’s on the surface,” he said. “At first glance with my music you can take it word-for-word, but when you dig in and appreciate it – however it speaks to you, that’s the way I want you to feel. And at the end of the day I want my music to help you realize that you have a choice rather than a specific path that someone is trying to direct you toward.”

Fans who want to sample the EP can check it out on Tanoe’s Spotify page. Fans can also follow him on Facebook, Twitter and Instagram for more updates about new music releases or live performances.

Posted by ashleyburnett at 4:44 PM