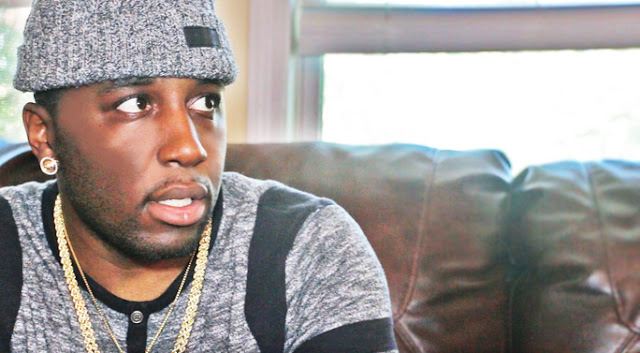 ORLANDO, FL – You never know where inspiration is going to strike. For Orlando-based hip-hop artist King Varciti, inspiration for his most recent single “Pack” struck while in the car on a long drive.

“I was putting notes on my phone and the hook just came into my head,” he said. “I wrote the whole song before I even found the beat. And then one day I was in my emails and a producer sent me a whole list of beats – like 20 beats – and I started listening and found the perfect beat to go with what I’d written. It’s a real trap song that basically tells the story of how I moved from Orlando – running from the police and having to face the news – on my way to Atlanta. The music video for it has a fun storyline to it.”

The song is a good display of his talent as a musician and of his unique sound as a trap artist. His music label – AMG Hoodstars, of which he is the CEO – not only creates trap music and works with a handful of other artists, but also produces and edits music videos for others. AMG has a studio in Orlando and one in West Virginia. King Varciti said there are even four or five producers on the team, though the producer he used for “Pack” is a producer not affiliated with AMG named Jay Armotto.

All of the music he and the label creates is upbeat and positive. He said the intention behind the music is to get people energized and having fun – forgetting their worries for a little bit and just letting loose and enjoying life.

Some of that mantra he said he learned from a young age. He grew up with a family that had close ties to the hip-hop industry. His uncle worked under the stage name Shambu and worked with a number of bigger names in the industry. And a close family friend whose stage name was The 45 King worked with Eminem and Jay-Z. King Varciti said he learned much watching those artists – as well as EPMD and LL Cool J – and hopes to be able to emulate their success in his own life and entrepreneurial endeavors.

“I’m very versatile,” he said. “The old-heads will like my music as well as the youngins. I have that boom/bap style along with the trap. I do a little harmonizing, also – so I’m touching everything. I don’t sound like anybody else. I just sound like me. I’m different and I’m not trying to sound like anybody else. In fact, before anyone was rapping on dubstep beats I was doing it. I was the first one rapping on dubstep. That just shows you how creative I am and should show you that I have a sound that’s going to touch everybody. Put that together with real lyrics and no gimmicks and you can see why I’m the king.”

King Varciti also performs with a hip-hop group called the Hoodstars, which also includes Pope and Giulio4. To find out more about King Varciti or Hoodstars, fans can visit his website at hoodstarhiphop.net/kingvarciti, or check out his music on Soundcloud or iTunes. He also has music videos on his AMG’s YouTube channel. And for more information about new music releases or live performances, fans can follow him on Facebook, Instagram or Twitter.

Posted by ashleyburnett at 7:32 AM