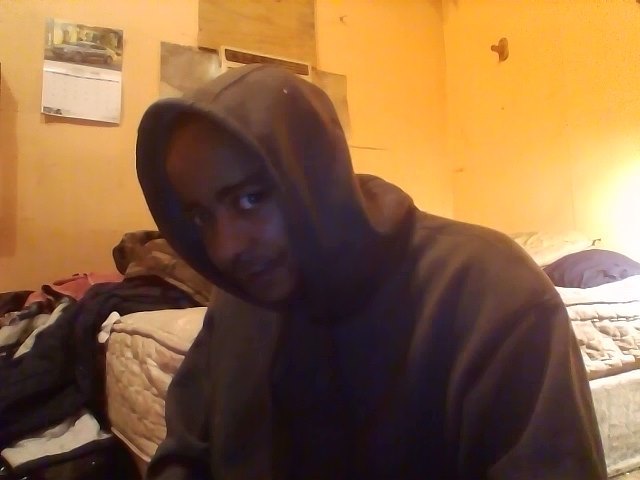 ST. LOUIS, MO – Nina Maria’s journey through life has not been an easy one.

Born Adeje Baki Tart in St. Louis, Missouri, the rapper and R&B singer started life as a gifted student – skipping grades and often excelling in every one of his classes. The death of his grandmother, however, derailed him and a series of events after that led to an increasingly difficult life. He soon discovered that he has schizoaffective disorder, and in 2012 was diagnosed with Multiple Sclerosis. And in the middle of that he struggled to find his identity, until eventually he embraced the lifestyle of a hermaphrodite and began to work toward becoming a transgender female – adopting the name Nina Maria and turning that persona into an identity that not only infuses her life but also her music.

Today she’s ready to release that music to the world through a 13-song album called “On The Real.” It’s an album that she says details the way she thinks as a person and gives her fans something to enjoy while giving insight into the journey to becoming Nina Maria.

“I want people to understand that these struggles feel like this and cause me to think like this and lead to music that sounds like this,” Nina Maria said. “I created it in a way that people can move to the rhythm. It’s real trappy kind of sounds with a lot of club songs. That’s something I’ve been exploring a lot lately as I’ve been developing my style.”

She said she first started becoming serious about music in jr. high and high school, after that passing of her mother – a woman who loved to play music when she was little. In high school Nina Maria learned to play tenor saxophone, and eventually began to embrace rap and the release she felt from her various conditions through the art form of freestyle.

“When I freestyle and make my music, I want people to get some kind of feeling or message,” she said. “I also want them to have fun and enjoy the whole process of listening to music. I want to be diverse for my fans and for them to be able to feel me intricately – not the just the style when I freestyle, but to feel me deeply when I’m writing prose or even Haiku.”

Her first single off the album, “Judge Not,” is the perfect example of what she’s trying to accomplish. It’s a song that talks about exactly what the title implies: to judge not lest you be judged as well. It’s a “loud song,” she said, that literally challenges people to guard their thoughts and words toward others because “God is watching you while you’re down here judging people, and he knows that in many cases you’ve probably done things worse than what you’re judging people for.” She said the song has a “down-South kind of sound with a laid-back beat and vibe.”

Fans who want to find out more about Nina Maria and sample some of her music can visit her Facebook page, or follow her on Twitter for updates about new music releases and upcoming live performances.

Posted by ashleyburnett at 2:08 AM