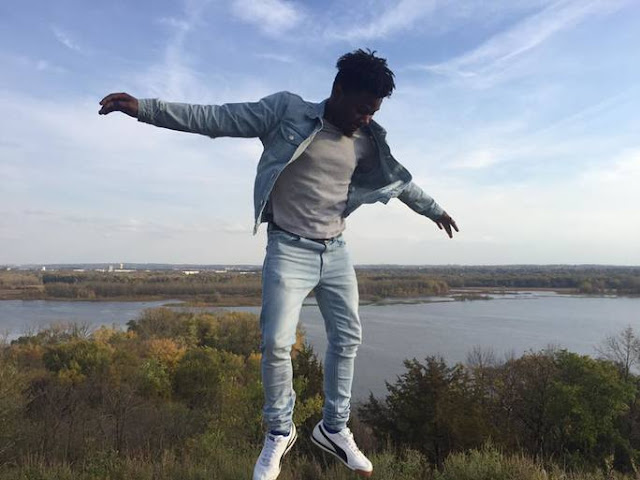 INVER GROVE, MN – It’s not often that you find an 18-year-old hip-hop artist who points to 80s rock icons such as Eddie Van Halen, Slash and Jimmy Hendrix as his musical influences. But that’s exactly who Spencer Wiles points to when he references the music that first found its way into his soul and pushed him toward a career in music. He also cites the pop idols of the 70s and 80s, such as Michael Jackson, James Brown and Prince. Throw in a little bit of Gospel influence from his grandmother – who was a singer in the church choir and a pianist – and it’s easy to see how Wiles is one of the more diverse young artists entering the industry today.

“Music is my therapy,” he said. “When I’m not pursuing music I’m working 9-to-5 at the Mall of America, and that’s not where I want to be in life. Music is what I want to invest in, and I’m willing to take a financial sacrifice to be where I want to be and chase my dreams. I’d put everything on the line for music.”

He describes himself as one of those artists who lives in the moment. He doesn’t spend a lot of time thinking forward or agonizing over lyrics for weeks on end. Instead, he creates music based on his feelings of the moment … though he said it’s a more mature approach than it might initially sound.

“Part of it is my personality – I live in the present,” he said. “But I’m more mature than a lot of hip-hop artists my age. I don’t drink, I don’t smoke, I don’t do any drugs and I don’t party a lot. I know what I want and I’m willing to pursue it with a passion. I’m real with myself, and that’s how I stand out.”

When it comes to his music, he said he hopes he can provide people with “a different feel” than anything they’ve come to expect.

“I want people to listen and eventually I want people to become so familiar with me that I can have my own lane, like those others before me,” he said. “I want to do something on my own and have my own sound and creative original stuff that’s so good people will hear it in the same way that they hear something from Prince and immediately know that it’s him they’re listening to. That’s part of why I love rock so much. It’s not like your typical genres. I look at rock and roll as being careless and reckless. It’s nonchalant. They don’t give a fuck about nothing, they just do what they want to do – especially 80s rock and pop. They did what they want and they didn’t care about the standards. That’s what I like about those artists, and that’s what I hope to bring to the world in some way.”

Fans who want to sample some of Spencer Wiles’ music can visit his Soundcloud page, and to find out more about upcoming music releases or live performances fans can follow him on Twitter and Instagram.
Posted by ashleyburnett at 12:59 AM