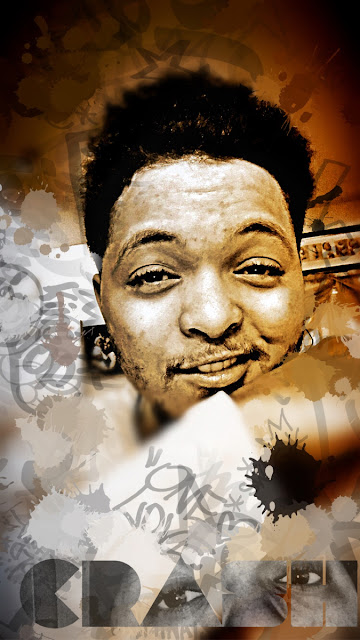 YOUNGSTOWN, OH – When Joshua Monroe was 5 years old, he was the kid that the family was yelling at to get off the keyboard whenever they would visit his grandparents’ house. But every time his plucking with the keys would become annoying, grandpa would come to his rescue.

Today, his family is glad that grandpa stepped in when he did, because curiosity turned into piano lessons, which turned into producing and writing, which turned into a budding music career under the stage name Crash. Oh, and it also turned into a new single called “Let Me Live” – the first single off a compilation that will drop in the second quarter of 2017. It’s a single that he said speaks volumes about who he is both as a person and as an artist.

“Crash is a catch-phrase that I used to have, but it’s also a name that’s based on the impact I want to leave on music,” he said. “If you’ve ever driven on the highway and driven past an accident, you know that everybody wants to slow down and look. That’s the kind of impact I want – that attention-grabbing sound that makes people slow down and pay attention. And with this song I’m trying to allow people to understand that you can’t have other people influence you because everybody has an opinion on your life, and if you want to be successful you have to find out how to be successful in your own way. For me it was learning how to be independent and telling others to let me do what I want to do – to follow what I want and not let others influence the path for my future.”

Crash describes the sound of the single as “orchestral” – almost like the soundtrack from a film. He said the track has a heavy backbone of bass, but features an experience of different sounds and musical elements that he hopes will feed off the lyrics and inspire listeners beyond just the words. He said this single is just one of many examples of the wide range of styles that he can create to cater to the emotions of his listeners. His main focus comes in the genres of hip-hop and R&B, but he has more than 10 years of piano training and has been composing his own music since the age of 14. Since that time he has co-written and co-produced more than 200 songs and collaborated on four mixtapes.

“With my daughter and family motivating me, my ambition towards my music grows every day,” he said. “I want my music to be in an inspiration to everyone to just be yourself – be unique and don’t feel like you have to live up to someone else’s standard. Create a whole new standard of who you want to be and what you want to accomplish.”

Fans who want to sample some of Crash’s music can check out his Soundcloud page. Fans can also follow him on Facebook, Twitter and Instagram for more about upcoming music releases or live performances.


Posted by ashleyburnett at 1:27 PM