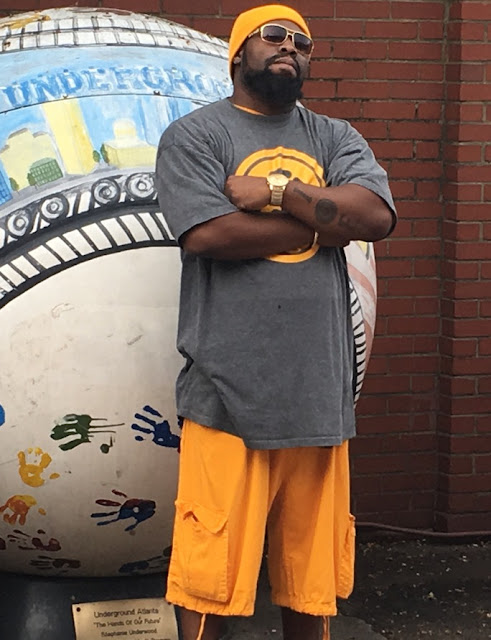 MIAMI, FL – Most people who know him would call Sand Man an artist with a conscience. He’s a poet whose words are laced with deep meaning. He’s a musician whose sound is intentionally challenging listeners to think on a higher level. He’s a rapper with a message, and that message is reverberating across the country with his latest entitled “TRAP,” which stands for “The Rise Above Poverty.”

“I’ve always been that conscious rapper,” Sand Man said. “If you’re not keen to the message in my music, you won’t get it – but you can still enjoy the sound and get a good feel from it. But every song I do has a message. This new single is a good example of that. There’s a lot of bad feelings out there right now with police and people not seeing eye-to-eye with law enforcement. This song was written from an experience I had with a judge who was trying to lock me up without having a good cause. The song is really about her, but it’s also a metaphor for everything going on with society today. Our country is going through a kind of a civil war right now, and I think what I was going through is something people can relate to on a bigger scale that they’re also going through right now.”

Sand Man said the single is a political/conscious rap with an upbeat, club-type feel. While it’s a statement piece for him – and for fans who desire change with the country’s state of affairs – it’s also just a great song with a catchy beat and good hook. It’s a song, he said, that hip-hop fans will feel, but also a song that fits into the trap genre, which is on the rise in today’s music industry.

This is a great example of the kind of music that Sand Man makes – good sound and catchy beat with lyrics that have a little more substance than a lot of other music out there right now. It’s a perfect extension of who he is as a person, too. From a young age it became apparent to family and friends that he had the soul of an artist. He was always drawing or painting or writing poetry. But when his mother passed away when he was a teenager, the passion for his art faded away and he struggled to find an outlet for the creativity he was born with.

“I just couldn’t find an avenue to pursue art once my mom passed,” he said. “That was hard because I’ve always been an artistic kid. But my brother suggested I try to DJ, and I did a couple of gigs and people started to tell me I had a really good voice. They knew I had good poetry, and they suggested I mix that with singing and put it to a beat. Now I pull from every part of my life – my experiences, my friends, the society, what’s going on in the world – to create music. I’m the new sound of hip-hop. I bring in what I used to listen to back in the day – from the pure positive-ness of the 80s to the gangster rap of the 90s to the good vibes of the 2000s – and blend it all together into something that’s just feel-good music for today.”

Fans who want to check out “TRAP,” or more of Sand Man’s music, can visit his Soundcloud page for samples, or purchase music from digital download sites such as iTunes, Google Play and Amazon. Fans can also follow him on social media and find out more about his private label, It’s Official Entertainment, on Facebook, @ItsOfficialSandman on Instagram, and @SandManBlkGhost on Twitter.

Posted by ashleyburnett at 10:51 AM