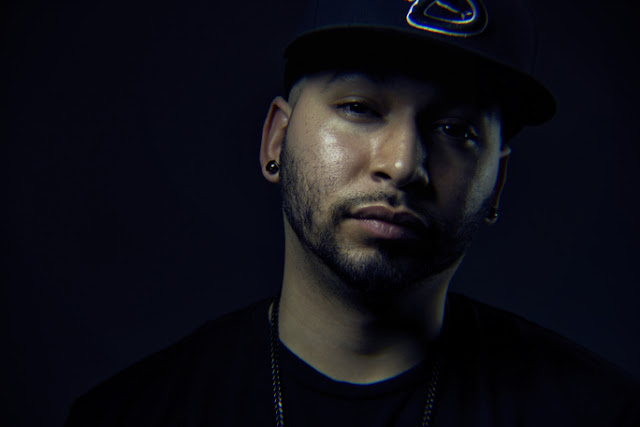 PHOENIX, AZ – Hypergraphia. It’s the term for the syndrome that is essentially the opposite of writer’s block – for when a person has the uncontrollable urge to write things down.

It’s also the name of the new album from up-and-coming artist Dbait (pronounced Debate). The 14-song album is one he’s been working on for nearly three years, and it encapsulates a sound and journey that he’s proud to be able to share with the world.

“Hypergraphia causes people to write down anything – lists, names, just excessive writing,” Dbait said. “But it can also be a term for the creative flow of words that you just can’t stop when you’re in the zone. A couple of years ago I was going through a lot of things in my life – stuff so bad that had anybody else gone through it they probably would have quit doing music altogether. I went through the lowest point in my life. But going through that hard time I found that making music was therapeutic to me. It helped me escape and get through some really terrible stuff. And this album is a tribute to that journey.”

The first single off the album is a song called “Got It,” and it’s a song that is indicative of the kind of music Dbait wants to make – both in sound and in lyrical content. The whole point of the song, he said, is trying to reinforce a positive image in women. He said his music unlike a lot of other hip-hop music out there that tends to objectify women. He wants his music to celebrate women, and if his songs can help them have a more positive self-esteem then that’s a win for him.

“I think it’s rare in music to hear that,” he said. “Most hip-hop today is either about wasting your life away, being foolish and getting drunk all the time, or its conscious hip-hop that seems to almost be putting down the fun side of life. There’s not really a middle ground. I have a different point of view, and it’s a point of view that says I like to have fun, but I also like to take care of business. And I’m attracted to women who are the same. I don’t really have an agenda, but I do want to celebrate those things.”

Dbait said music to him is a self-expression – a way of sharing stories from his life that hopefully give others insight into what they do and who they are. But at the end of the day he’s conscious of the fact that he’s making music, and he doesn’t want that to be taken so seriously that people can’t enjoy the music just for the sake of having fun.

“I want to inspire a balance in life and encourage people to be humble and use music to escape and have fun,” he said. “When I’m at a concert, I see people who are there to forget about their drama and their bills and their worries. I see a sea of smiling faces, of people dancing and waving their arms to the music. There are no differences – no races or hoods or gangs – just people listening to music and having a good time and forgetting about the tough stuff of life for one night. That’s what I want my music to do – to bring people together to have a good time and to be therapeutic for them in the same ways music was for me.”

“Hypergraphia” is slated for a release on Oct. 31. Fans can sample some of the music on the album on Dbait’s website, officialdbait.com, or purchase the album on Spotify, iTunes and Google Play. Fans can also follow Dbait on social media on Twitter and Instagram.
Posted by ashleyburnett at 2:09 PM