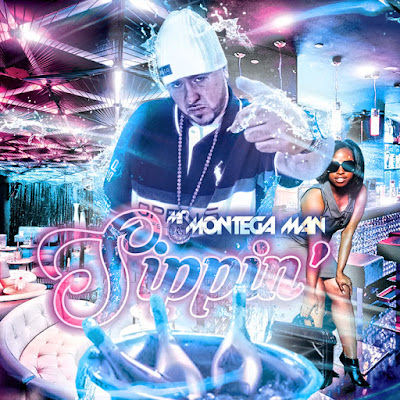 BOSTON, MA – On the streets, the Spanish slang for the highest quality Heroin is “Monteca.” It’s a term that signifies high-quality – the best product you can get.

As a former drug dealer who has since reformed and is now putting his talents to a thriving music career, Mr. Montega Man wanted to proclaim the same level of high-quality product to his fans when it came to his music. It was a no-brainer, he said, when it came time to choose a rapper name.
“When you want the best stuff, I’m the guy you get it from,” he said. “Growing up on the streets in Boston, I would do anything to make money. The quickest and easiest way to make money was to sell drugs – and I was good at it. But it landed me in and out of jail. At one point I got out of jail and I was homeless and I learned that heroin was the drug of choice. Typically you get those types of drugs from Central America, and they call it Monteca. I made $10,000 in one month without even really having to try very hard. When I decided I had to leave that life behind and that I needed to reinvent myself, the name Mr. Montega Man seemed perfect because I’m still the guy you get it from, but now what you get from me is the best music out there.”

His most recent single “Sippin’” is a great example of that high-quality musical sound. It’s a song about drinking alcohol, and though he said he hasn’t had any alcohol for more than a year, it is a song that he said he wrote very intentionally.

“I give a bunch of shout-outs to some major alcohol labels,” he said. “There’s also some lyrics in there that compare females to alcohol. It’s a slow jam with a kind of auto-tune hook – similar to a Drake type of sound. It’s a little bit slow with a laid back vibe. I wanted to make something new and create something more up to day, and I thought it would be cool to do a whole concept on alcohol because I could get sponsorships with alcohol labels and strip clubs. That makes sense, since you go to the club and drink or to the strip club and drink.”

Mr. Montega Man said he grew up with some of hip-hop’s greats during the 80s and 90s and he loves some of the new sound coming out today. He said he’s constantly on YouTube watching how younger rappers are utilizing technology to influence their sound. He said it’s an evolution of music that he wants to be a part of, and he knows his unique take on hip-hop is one that fans are going to love.

Fans who want to sample some of Mr. Montega Man’s music can do so by visiting his Soundcloud page, or check out his new single Sippin’ also on Soundcloud. Fans can also follow him on social media @MrMontegaMan on Twitter, Facebook and Instagram.

Posted by ashleyburnett at 1:48 PM