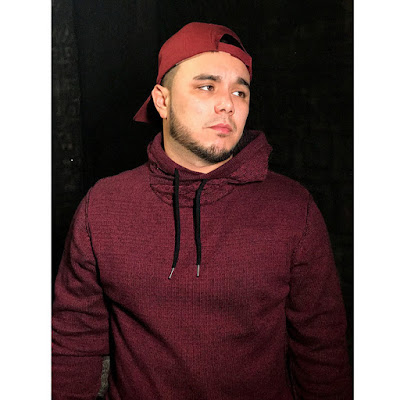 ROANOKE RAPIDS, N.C. – After a childhood spent traveling all over the world with a father who was a career Navy man, Ziggy was anxious to put down roots and find some friends that could last longer than a few short months. So when he moved to Roanoke Rapids, N.C., right before going into junior high school, he was thrilled to meet the four friends who would eventually become like brothers to him. Today those friends are fellow musicians who make up the group $GOD. Along with Ziggy are rapper Taboo, DJ G-mac, and rapper Murk.

“We’re basically a circle of friends who started making music together in high school and then went our separate ways for college and other things, and then came back together a year ago and started investing in music together,” Ziggy said. “We’re all talented guys, and we just decided to run with it and see what we could do with our music.”

Toward that end, Ziggy is releasing his first single called “Work For Me” – a pop/reggae song that features the rap stylings of his friend, Murk. He said it’s a song that explores the commitment required to make a relationship work and the idea of loyalty.

“I was in the studio messing with different sounds and I just couldn’t find any beats that I liked,” Ziggy said. “I used to play in a reggae band in Greenville and so I told the guys, ‘Why don’t we go to a Rihanna-type beat?’ Once I started listening to those beats and messing with it, we knew we found the right hook. And if you mess with that kind of sound, it’s inevitable that you’re going to start talking about a female or love or whatever. But I wanted to keep it raw, not sensitive, so the lyrics are really about asking a girl if she’ll put in work for me because I’ll put work in for her.”

Ziggy filmed a music video for the single recently and will release it on YouTube in the next couple of weeks. The video follows the story of a woman who takes a package to some people as a favor for her boyfriend and the obstacles she faces along the way.

While the single is definitely a reggae sound, Ziggy said that’s just one facet of his repertoire of work in the music industry. He said his voice sets him apart – especially his falsetto, which he busts out on various other songs and for which many fans have said they are attracted to. He also does some rap, and likes to explore a fusion of genres that include rap, pop, reggae and R&B.

“I used to do a lot of acoustic stuff on Facebook and videos like that on YouTube, and a lot of people already knew me by that,” he said. “This is kind of the next step for me and I’m excited for people to hear this new sound that I’m bringing.”

Fans who want to get a sample of his sound can find him at $GOD Ziggy on Soundcloud and Audiomack. Fans can also follow him on social media @sgodziggy on Twitter and Instagram. And on Nov. 26, he and his $GOD crew will be performing live at the Boat Ride in North Carolina as they open for Fat Trill.