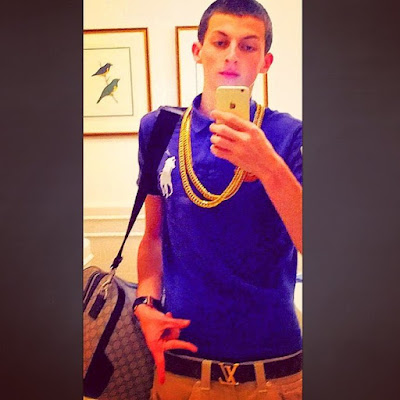 MIAMI, FL – Jake P. Noch, AKA $O$A IFGB (pronounced Sosa), is the epitome of a successful young entrepreneur. At only age 17 he has successfully put together one of the fastest-growing music labels in the country, Sosa Entertainment LLC, with more than 25 artists signed and generating more than $5 million over the past year. His own music has been streamed more than 43 million times and has brought him $1 million in additional earnings.

But to hear him tell it, he’s just getting started. These mere millions are just the beginning of a career in the music industry that he hopes one day rivals the billions earned by some of music’s giants.

“When I was a little younger I was doing some dumb street stuff, like selling drugs,” he said. “At the time I saw it as a way to make money, and I was good at it. In fact, that’s how I originally got my name because Sosa is a character from the movie ‘Scarface.’ He’s the supplier of the product they’re moving in the film, and he’s the one who was victorious at the end of the movie. He was the real boss, and when I was younger a lot of younger guys would call me that because I kind of fit that persona. But it didn’t take me long to realize that wasn’t a lifestyle that was going to make me happy, and I’ve always loved music and I started to see how I could make money with that in a more legal – and more profitable – way. Eventually I launched my own record label.”

One of the most recent business transactions his label has undertaken is a partnership with Sugo Music Group to make a digital distribution service. Ultimately his label and Sugo Music Group are working with Sony BMG and the Orchard to distribute music to more than 1,200 platforms.

“I love the money part of the music industry,” $O$A IFGB said. “I’ll switch my sound and chase the music wherever the money leads.”

Toward that end, $O$A IFGB has shifted his hip-hop style to more of an electronic EDM sound. On Nov. 18 he’ll be releasing an EDM album called “Brick God III” – the third in the “Brick God” series of albums he’s released in recent years. The previous two albums had hip-hop beats and were somewhat limited in their diversity. This new album, he said, combines hip-hop with EDM and presents a “flash/classy” image.

“I really wanted to combine hip-hop with what’s going on in the EDM music scene,” $O$A IFGB said. “That doesn’t often mix, but I think there’s money in it. As much as I love making hip-hop beats, there’s not much of a market for it right now. There’s a much bigger market for EDM music currently – so much so that I only recently started making music in that genre and I already got a live booking last month.”

Fans who want to find out more about $O$A IFGB’s music or his label can follow him on social media at Facebook, Twitter and Instagram. And keep an eye out for new releases from artists on his label, including from his partner and vice president of Sosa Entertainment, Lil Dread FDG.

Posted by ashleyburnett at 6:44 AM