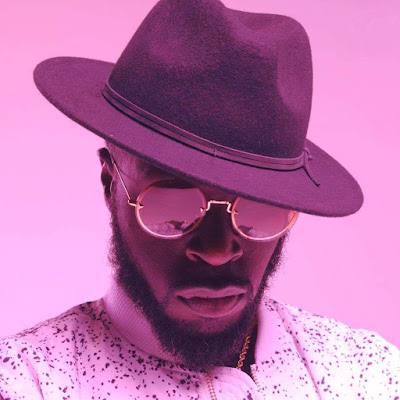 Atlanta, GA – Boi Blue (Better known to his fans as Lavar McRae) was entrenched in music from a young age, raised in the south where the music, food, and culture is rich and full of soul. Growing up around the church, music was an inherent part of his life, but it wasn’t until he began listening to classic, influential rappers such as Biggie and Tupac that his passion for rap took flight. He fostered a love of writing, and developed his skills by crafting poetry. “I didn’t know what it meant,” confesses Blue, “I didn’t even know what I was doing was rap. It was just a way to express myself.” Boi Blue has grown and developed his own, soulful style; a musical illustrator, painting on a canvas of silence with colorful, rich words. It’s safe to say the budding star has mastered the art of storytelling that has made classic rappers the icons that they are.

Boi Blue’s destiny was revealed to him as a young man, through the trials and tribulations of his everyday life. “In a way, I was set up for failure,” says Blue, but music was a different story. “Music I never stopped. I’ve come a long way, and turned the negative into positivity.” And that’s what Blue’s newest single, “A Long Way,” is truly about. The song was released on September 7th.

An icon in his own right, Boi Blue is chronicling his experience as an up and coming, independent rapper. And, much like his music career, Boi Blue’s newest project has experienced a long, tenacious journey. What listeners would be surprised to find out, however, is that the song had humble beginnings – starting as a voice note on Boi Blue’s iPhone. But, when Blue sent the voice note to his producer, he knew he had a hit and has since nursed and tended to the song, spending months mastering it to perfection. Now, it’s ready to hit ears across the world. “I try and capture the essence of music – a heartbeat, the sound of children playing, the trees. I wanted to keep an element of the phone,” explains the artist, detailing his creative process. The song leaves something for everyone – a modern sound fused with the classic art of storytelling.

Posted by ashleyburnett at 10:46 PM