Laid back rapper from Lancaster, PA looks to make something big out of nothing 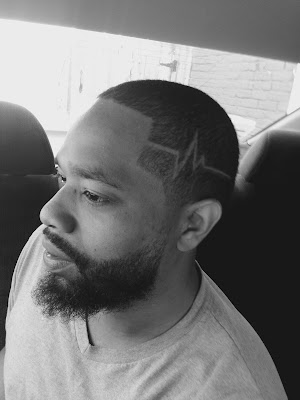 LANCASTER, PA – Vernon Stennett – AKA FastLane Nov – is one of the most chill rappers you’ll ever meet. When he’s not spending his hours searching for new beats or writing lyrics, he’s usually at home playing video games or chilling with friends from his small hometown of Lancaster, Pennsylvania.

That chill vibe translates to his music, and it’s a sound that is making waves in the hip-hop world. As one of the country’s hottest up-and-coming artists, FastLane Nov said he hopes his music passes along a sense of ease and goodwill to anyone who listens.

“Coming from Lancaster – which is such a small city – there’s not much you can get into,” he said. “That’s why I’m usually at home making music or playing video games. You can’t just get up and go walk down to the boardwalk or go downtown for some kind of entertainment. That means the majority of the time you’re doing nothing, and I’ve almost always loved video games and music. But my love for music is bigger than anything. I could sit and make music for hours upon hours, any day of the week.”

And that’s exactly what he does most days. He said he’ll troll through beats from producers all over the world until he finds “that gem.” Then he runs with it – sometimes playing with the beat and rapping over it until he knows he has something good.

His most recent single, “Company,” is a prime example of the simplicity of finding a good beat and developing a song that just passes along good vibes. It’s a song that he said is “just a good club song – a good turn-it-up song that you can just dance to with some good street rap.” He said it’s already gotten a lot of positive feedback from fans, and he recently added it to his Soundcloud page. He said he wanted to release this single as a way for fans to get to know him a little bit before he launches bigger projects – like the mixtape he’s currently producing and working to release in early 2017.

Posted by ashleyburnett at 11:29 AM