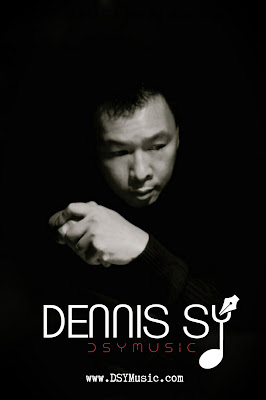 These are the words that epitomize Dennis Sy, and they’re the words laced throughout his latest single “Shine On” – a track that’s currently on the first ballot for the Grammy Awards. He collaborated on the single with fellow Grammy members Natalie Jean and Darick DDS Spears.
In a world bombarded with negative news – from wars and violence to racial tensions and political unrest – Dennis Sy is on a mission to spread goodwill and create a world of love and hope.

“When you see all that negativity every day, it incites more negativity and distrust and cynicism,” Dennis Sy said. “If we can take a step back and feel good about ourselves and getting our ‘Shine On’ – if everybody could embrace that, it could make a difference. It starts with us, and if we commit to making a change then maybe that starts the ball rolling.”

Dennis Sy has been spreading that message through music for the past seven years under his brand, DSY Music. Most artists get into making music because they have something to say, and Dennis Sy is no different. But not only is his music an anthem to the people of the world – it’s also therapy, so much so that he’s been making music in some form or another for more than 25 years.

“I feel like I have something to say, even if the subject matter differs from time-to-time,” he said. “On past albums I’ve been more contemplative – more into relationships or my idea of the world. This time around I’d like to focus on the positive view. The great thing about this single is the way it came about. Given the message of the song, it was pretty amazing that three different people with three different diverse backgrounds came together to create something beautiful. The diversity of the artists on the song really puts the message forth that we don’t have to be alike to work or live harmoniously together. It’s a serious message done in a positive and celebratory way. We don’t deny the issues we’re facing as a society, but we are trying to portray that there’s hope – and when you have a perspective of hope and positivity, it’s easier to tackle issues together.”

Dennis Sy said his style is unique in that it moves effortlessly across various musical genres – from pop to rock to adult contemporary and even jazz. Songs from his third solo album, “Stronger Than Before,” have garnered multiple nominations and awards from organizations such as the Hollywood Music and Media Awards, American Songwriting Awards, and Global Music Awards. Two songs from that album were also on the Grammy ballots in 2014 and 2015.

Also throughout his career he’s been able to perform at Carnegie Hall, Atlantic City and Las Vegas. It was his father who first turned him on to music – playing classic R&B alongside niche music like Chinese pop. Today he takes those early influences and works organically to create music that fans have been loving for decades.


Posted by ashleyburnett at 2:52 PM