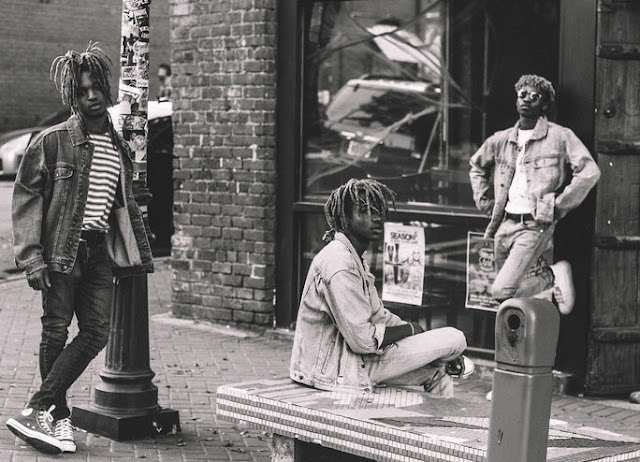 CHARLOTTE, NC – There’s only one way that a group of musicians makes it over the long haul: don’t hold grudges.

This is especially true when the group is made up of all brothers. And fortunately for 3rDimension – the hot young hip-hop group out of Charlotte, N.C. – laughing off disagreements has been pretty easy so far. More than just brothers, these best friends have been making music together for as long as they can remember.

“We grew up in a house of music,” said Jelani, the middle of the three brothers. “When we were younger we used to put family shows together and perform in front of our parents and stuff.”

“Everything comes natural to us,” said Dash, the oldest of the three brothers. “It’s just a vibe that we feed off each other. The music comes on and we turn into someone else. Usually we’re all really chill, quiet people. But when that instrumental comes up, we turn it up.”

In the same way that many boy bands have done over the years, 3rDimension is ready to take the strong core of fans along the East Coast and expand that following across the world. They say the way they want their music to sound is reminiscent of the “good vibes” of music from the late 1980s and early 1990s.

“it gave you a whole different feeling,” said Jawara, youngest of the brothers. “That’s what our music does. It’s new, good-feeling music. You can listen to it when you’re bored or upset and it can change your whole attitude. And we want people to hear our music and be inspired to feel that no one can stop them from doing anything. Don’t let people stop you from realizing your dreams – from getting what you want.”

3rDimension’s sound is unique in that it’s a blend of rap, rock and pop. And having performed professionally since the ages of 4, 6 and 7, respectively – including recording the song “Rufus Lynx” with their older brother Milan Hightower, which became the title song for the Charlotte Bobcats mascot – they’re familiar with the hard work and professionalism necessary to have a lasting career in the music industry.

Over the past two years they’ve focused their music into a sound that they describe as more mature – a statement, if you will, of their ascension into young adulthood. They say they see themselves as leaders for their generation, and feel that it is their responsibility to produce positive, entertaining music with heavy beats that are more than just rap.

“Our music is the music of this new generation,” Dash said. “It’s music that’s produced and performed by a group that consists of multiple layers: rapping, singing and dancing. Thus the name 3rDimension.”

A year ago the group released a single called “Slim Thick,” which has since received more than 40,000 views on YouTube and more than 50,000 listens on Soundcloud. They’re also working on an EP right now called “Gnarly Talk” that they hope to drop later this year. It’s an EP with “different types of beats that will give you a combination of summertime vibes and winter laid-back vibes,” Jelani said.

Fans who want to check out more of their music can visit their Soundcloud or YouTube pages. Fans can also find out more about upcoming live shows or new music releases by following them on social media on Facebook, Instagram and Twitter.


Posted by ashleyburnett at 1:20 AM