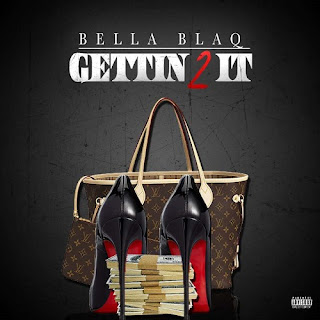 Destined for greatness. Shekira Snipes (Bella Blaq) was born November 6th 1992 in Blakely , Ga. She was raised by her mom Angela Snipes and her stepfather Wesely shorter along with her two younger sisters. It was around the age of 14 when people began to notice she had a passion for music mainly Hip hop. She would go around the schools during recess or P.E and freestyle along with her peers and often around her home as well. It wasn't until she was 23 when she decided to peruse her music and make a career out of it. She's opened up for 2 Chainz, Future, Young Dro and a few others. Some of the people she was inspired by was Missy Elliot , Aaliyah, and surprisingly lauryn Hill. When asked who'd she like to work with she'll tell you , Rihanna, Drake and of course Missy Elliot. She's definitely a star on the rise now residing in Fort Walton Beach Florida. Make sure you keep your eyes on Bella. This Beautiful talented young lady has plans on Taking the music game to a whole different level.

Available on all digital outlets including iTunes
http://itunes.apple.com/album/id1241149857?ls=1&app=itunes

Check out the official video

Posted by The Grynd Report at 5:27 PM