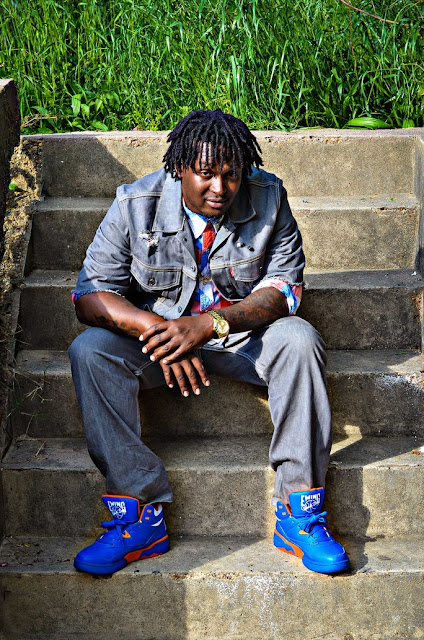 SHREVEPORT, LA – When Jonathan “King” Baines was a child, his mother performed as a backup singer for a popular Louisiana-based artist. He would often find himself joining his mother at shows, and the artist would invite him onto stage during warmups and encourage him to try his hand at performing and rapping. It was his introduction to playing to a crowd, and he very quickly realized just how much he loved it.

Today, the professional musician from Shreveport, Louisiana is riding a wave of success after the release of his new single “Do It to the Buick.” The song is a signature single behind his Go 4 Broke label because, as he said, it was a personal request from his very first public fan encounter.

King has had his fair share of struggles along the way to his current music career. He grew up in a neighborhood with high crime and saw his uncle convicted to a 15-year prison sentence. He also lost friends to gun violence and even served his own lengthy prison sentence. All of those things have influenced him to today create music that influences others to avoid that negative lifestyle and embrace a lifestyle that encourages one another and promotes unity.

“When people hear my music I want them to feel relieved,” he said. “I want them to see me as someone who has been through the same things that they might be going through right now. I talk to a lot of people and I always tell them to not feel alone. They’re not the only person going through it and there’s always a way to get out of it. My music is therapy and people who feel like me can relate to me. I’m counseling the people coming out of the streets like me – people who are surrounded by violence and murders and drug sales and people who stabbed them in the back. Maybe they don’t know how to react or they feel alone. I want to help them understand that we all relate in some way. If you’re going through some situation, I want my music to make you put the gun down, or if you’re a girl who doesn’t feel appreciated I want to help you feel appreciated.”

King said he and his friend and business partner Snake Eyes created the label Go 4 Broke to create music with this message behind it. They’re getting ready to release a compilation album called “Go 4 Broke Presents King Baines Unleashed,” and the first single from the album – “Sleep Is for the Rich” – will be dropping in May. They’re also ready to release a series of videos called “Who Is King Baines” – a compilation of videos, performances and raw documented material that will better acquaint the audience with him as an artist.

“Most of what we try to do is empower and uplift, while giving reality,” King said. “I’m not a preacher in a pulpit talking about things that I’ve never been through. I’m pushing to strengthen what weakens us. If you’re a single parent, or if you have an absent father or mother, my music is going to be there for you. There are tons of people out there preaching bout problems but not offering solutions. I want to be someone who offers solutions.”

To listen to King Baines’ music, or to follow him on social media please visit the following links:

Posted by ashleyburnett at 10:24 PM