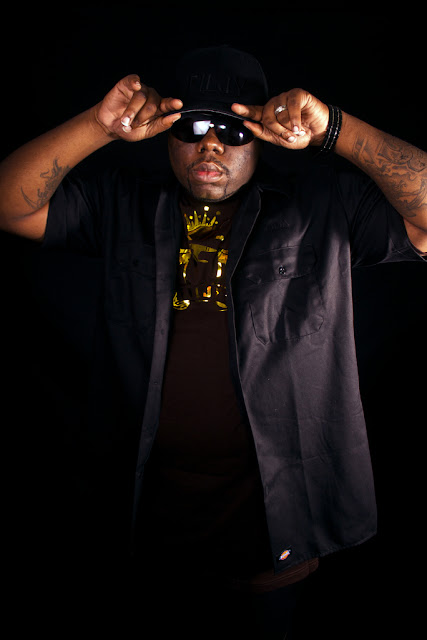 MIAMI, FL – When you grow up as a fanatic of the Star Wars franchise and spend a lifetime idolizing the wisdom and sheer awesome-ness of one its main characters, there’s really only one choice when it comes to choosing a stage name.
Miami-based rapper Yooda said it wasn’t even a second-thought when the choice for a name came up. Not only was it unique, but it also nodded to his favorite Star Wars character in a way that would let other people know how serious he is about emulating Master Yoda by becoming a master of his own domain.

“I’ve always been influenced by Yoda’s strength, endurance and determination – all of which allowed him to focus on attaining many of his pursuits and goals,” Yooda said. “Five years from now I want to have a sustainable career. I don’t have to be at the top, but I’d love to be recognizable for my music.”

That would be one of the truest measures of success for many whose origins saw him make it out of the struggle. Growing up in South Miami, in the cities of Liberty, Carol and Richmond Heights, Yooda’s childhood was merely so-so until at the age of 9 his cousin was shot in the head. Not knowing how to handle this grief, Yooda lashed out at everyone and refused to express his pain, anger and thoughts. In the face of this tragedy, he turned to music as an outlet to ease his pain. Musicians such as Baby Face, After 7, Michael Jackson, Barry White and New Edition became his therapists. They walked alongside him throughout his teenage years as many of his peers were murdered or wound up in jail.

By high school, Yooda had turned to football as a new outlet for his emotions. But all the while he played his favorite sport, he continued to work on his music talent and write songs. He particularly loved R&B and would emulate some of the greats by writing love songs.

In 2002, Yooda created a local group with a couple of friends known as the Junkyard Squad. He also formed his own record label, Junkyard Entertainment, under which he and the group have released two albums – “Laugh Now, Cry Later” and “The Predator.” He has released five solo albums, and at the end of last year he released his sixth entitled “Hiroshima.”

“It’s basically an album that talks about the de-cluttering of the rap game,” he said. “We’re getting rid of whack music and bringing back substance. It has a little mixture of everything, but it’s also a little darker. It’s basically me on a mission of whipping out the bad stuff and clearing a path so we can build on up. I’m bringing back content in the music. I’m not just a musician who’s in the club all the time. I’m making music for the people out there struggling and working.”

“Hiroshima” dropped in August of last year and is available for purchase on all digital download sites, such as iTunes, Spotify and Google Play, among others. Fans who want to find out more about Yooda can visit his website at mr305shotta.com, or follow him on Facebook, Twitter, Instagram and Snapchat to find out about upcoming music releases or live performances.

Posted by ashleyburnett at 12:14 AM