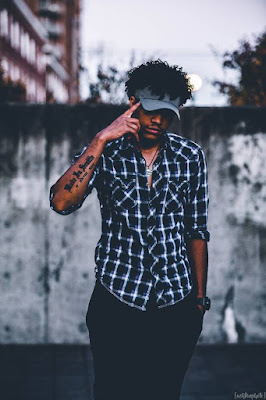 SEATTLE, WA – When Savon York was a child, most of the stories he would hear would be about his rapper father, who went by the stage name Rick Rated. His father lived what York describes as a “street life” filled with violence – so much so that he was shot and killed when Rated was only 8 years old.

Growing up, Rated wanted to do what his dad did. So at age 8, when his father died, he started rapping. He became known as Baby Rated, which eventually evolved into Lil’ Rated when he was in high school and today has become the adopted moniker of his father, RickRated.

Though he didn’t have the occasion to listen to much of his father’s music, he did recently get his hands on four of his father’s songs. Those songs gave him an insight into his father’s style and how he might adopt some of that same style into his own music in a way that would bring a unique flavor to the hip-hop world in his region of the Pacific Northwest.

“He was a very visual rapper,” RickRated said of his father. “He lived a different lifestyle than I do. I’m not the gangster type, and when I listen to his music it has a different direction than where I want to take my music. But when I hear his imagery and storytelling, those are things that I want to carry on with my music. There’s one song in particular where I’m describing my car, and I’d never have been able to get that description without hearing his song and hearing how he described his own car.”

Rated said he also wants to make sure his music has depth and strong messages with underlying themes. Everything he creates has a message and more often than not tells the story of something he’s gone through in his life.

“My best ideas come in the morning as soon as I wake up,” he said. “I’m the type of person who will wake up and stay in bed and play a beat over and over until I can’t come up with anything else in that moment. Then I’ll set it aside and move on to the next song. I try not to force the music out. If I get blocked in a song, I’ll set it aside until I’m refreshed and feel like I can be inspired.”

His new single “Bye” is one of those songs that came through a moment of inspiration. He said it’s a song about a breakup after a relationship of two years and the experience of being single after such a long relationship.

“It talks about the girls I dealt with and the changes in the dating scene since the last time I was in it,” he said. “It has an upbeat, trap kind of vibe to it – that feature vibe that everybody listens to today with a catchy hook. What I try to do with all of my music is to be a mainstream artist with mainstream music with a message.”

Posted by ashleyburnett at 3:00 AM