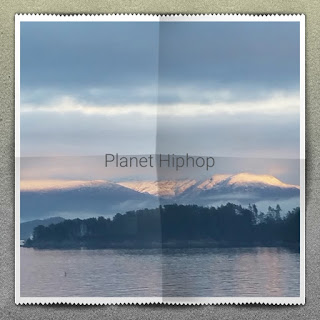 OSLO, NORWAY – Norway might not be a hot-bed for hip-hop, but hip-hop is a style of music that lives everywhere – you just have to look for it.

If you look closely, you’ll discover a hot new beat-maker out of Oslo named Martin Aalgaard. He loves hip-hop and uses inspiration from his home country to influence his unique sound in a way that’s making people all over the world sit up and listen.
He first discovered hip-hop as a young child. His introduction came by way of Eminem, who he heard on the radio and was immediately intrigued.

“I just knew the moment I heard Eminem on the radio that this was my type of music,” he said. “I was feeling the rhythm in my bones while at the same time relating to the lyrics. He was the gatekeeper of hip-hop in Norway at the time. I heard of Dr. Dre through Eminem, and that’s when I fell in love with the beats.”

Almost immediately after first hearing Eminem, he ran to a nearby gas station and purchased his first hip-hop CD. He soon found himself exploring other artists, such as J Dilla. By age 13 he had discovered Fruitty Loops and started producing his own beats.

Today he makes music with different genres and sounds. He said he tries to keep an “organic” sound, but at the end of the day most of his music is a reflection of how he feels and what he is inspired by at the time.

“I feel like music is the ultimate form of communication,” he said. “I often spend a week not touching the studio, just thinking about how I’m going to make a song. Then I sit down and make it. I get inspiration from everything around me during that period, and then it boils down to new music. I want the people that listen to my music to feel a connection of some kind. If you don’t, then my music isn’t for you.”

Fans can experience Aalgaard’s unique sound with his new single called “Planet Hiphop.” He said the title is one that can be interpreted in many different ways or mean different things to different people, and he hopes that vibe speaks for itself when people listen to it.

“As for the message,” he said, “I am trying to spread peace, positivity and unity to all people.”

The single was recently released on Soundcloud and will soon be available on other digital streaming services. Fans who want to stay updated on his new music releases, or find out more about him as an artist, can follow him on Twitter, Facebook and Instagram.

Posted by ashleyburnett at 12:21 AM