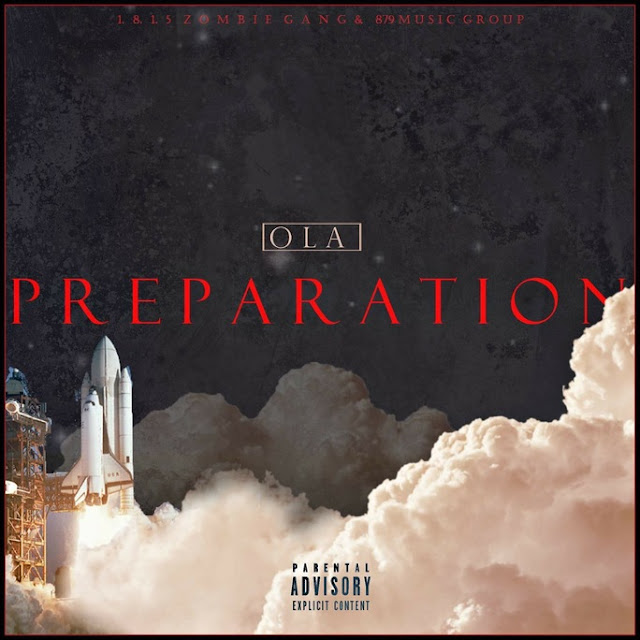 CHICAGO, IL –  More often than not, the inspiration for Ola’s music happens while he’s asleep.

As many people around the world do, Ola falls asleep at night with music in his ears. Sometimes he plays a beat over and over again through the headphones in his ears and falls asleep to it – which he said almost always affects his dreams. And whatever he wakes up to – whatever feeling or emotion or thought process – becomes the foundation for a song.

“That’s how I wrote my first song,” he said. “It was after I watched the movie ‘8 Mile’ and I woke up that night and wrote down some rhymes. I would come back to it every once in a while after that, but I never really took it seriously. Then in about 2009 I was in Florida listening to music and freestyling with a friend and he said I was really good and encouraged me to keep going. We got into it so much that we bought some recording software and a $100 mic at a local store and just recorded stuff for days and days. I had caught the bug, and I couldn’t stop.”

When he moved back to Chicago, the real world hit and he had to get a full-time job in order to pay the bills and support himself. But all the while that he was working the job, he said he was never really happy. And every time he would sample some of his music to family and friends they would tell him how excited they were about his music and how much they liked his freestyling.

“I figured if people like it, then I should do it,” he said. “I know now that I’m made to do this. This is what I’m supposed to do. Like so many other things, I woke up one day and it was like a revelation. So I found my old engineer and we started working together.”

Today his music career is starting to take off. He currently has two songs that are getting regular radio play throughout the Chicago area – “Check (feat. Chris Hasty)” and “On My Mind (feat. Jay Arroyo).” The first is a song with a “grimy” sound to it, he said, but which also showcases his skills as a lyricist.

“It’s basically a song about money,” he said. “It sounds a little bit trap-oriented, but it’s definitely lyrical. And Chris Hasty is lyrical. I feel like it’s a record that’s animated and super eccentric.”

“On My Mind” on the other hand has a much different feel to it, he said. It’s a lighter sounding song with a subtle pop melody. It, too, is a song that talks about money, but from a different approach that Ola said is “a little more personal – like I’m talking directly to someone.”

These singles are two of 22 features on his album “Preparation.” He said this is an album that announces his music to the world and is the start of him taking his music career seriously.

Posted by ashleyburnett at 5:47 PM