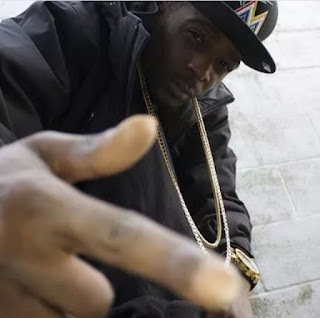 His art includes rap … and R&B, and pop, and funk, and sometimes even soft-rock, if the mood calls for it. His art is the whole canvas of music and all its various genres, and he hopes fans will come to know him as a master of every kind of music there is. And as they get to know who he is as a musician, he hopes to pass along a positive message to the world that could influence generations to come.

“I want to spread love and create music that anyone can relate to,” said the Boston-based musician who originally hails from the Mississippi Delta. “I want to give people the scoop on what’s going down socially and how we can come together to affect change. I have kids and I see the way society is set up at this moment and it’s not conducive to anyone who wants to progress in life and who has a dream. I want to show everyone through my music that whatever you want to believe in and focus on, then do that.”

His new single, “Work,” is a good example of the kind of message that he hopes to send out to the world. While its lyrics address some of the issues going on in the world today, it’s underlying message is a call to everyone to put in the work that it takes to realize dreams. Sim said the vibe of the single is a combination of trap and club – a “radio and dance song” that he hopes will be catchy enough to grab the attention of new fans.

Sim is also a motivational speaker with the current campaign #Youthsneakerchallenge, in which he gives a fresh pair of sneakers to children who maintain good grades, demonstrate obedience to parents and are respectful to others. He hopes to continue to get more donations to this campaign so as to give as many shoes to children as possible.

Music is second-nature to him, he said. As a child of the 1980s and 90s, he said he was heavily influenced by the rap and hip-hop coming out during those decades. He recalls that his first introduction to hip-hop was through the cable channel BET.

“Once I saw it, I like the way the rhymes relayed and the dress codes,” he said. “I liked it all around and decided it was something I want to do.”

Over the years since that initial inspiration, he’s studied the greats of hip-hop, such as Tupac, 50 Cent, Soulja Slim and Three-Six Mafia. He has also studied other genres and said that when he writes today he often pulls from the influences of other sounds, such as rock and EDM. At the end of the day, though, it’s his unique voice that he said sets him apart from the crowd.

“My aura is No. 1,” he said, “and my voice itself is a very distinctive voice. If you study rap, a lot of people with distinctive voices have gone on to do great things. Combine that with my delivery and my versatility and it’s almost harder to try to find what isn’t unique about me.”

“Work” is currently available for purchase on all digital download sites, such as iTunes, Spotify and Google Play. Fans can also check it out on his Soundcloud page, or visit his YouTube page to view some of his music videos. Fans can also follow him on Facebook, or @Sim_eee on Instagram and Twitter for more information about upcoming music releases or live performances.

Posted by ashleyburnett at 3:22 AM