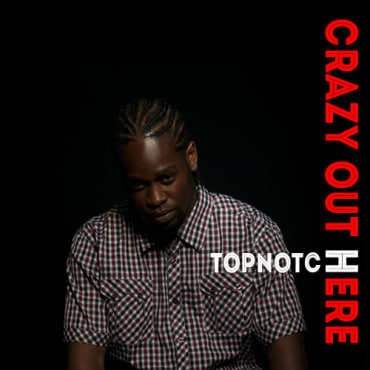 PHILADELPHIA, PA – When Michael Anderson was a kid, friends used to call him Little Mike. At age 8 he discovered that there was going to be a talent show at the YMCA after school program he attended regularly, but at the time he couldn’t do anything special. He wanted badly to be in the show, so he got together with some boys who were going to rap and asked if he could rap with them. They gave him something to say, and he went home and developed those few lines into a rap. The show never ended up taking place, but the seeds of his career as a rapper were planted and Little Mike was born.

It was a nickname he went by for many years, but as he began to become serious about music during his teenager years and learned more about the industry, he realized that he was one of many “Littles” out there in the world. He didn’t want to be just another “Little,” so he started brainstorming ideas for a stage name that would truly help him stand out. An idea sparked by a handheld video game he had at age 13 turned into the seed of something great, and today Topnotch is living up to his name by sending out top-quality music to the world.

“I do everything, in my opinion, to the top level,” he said. “I rhyme real good. I’m making it all go together from moment-to-moment to create a whole song, and the end result is a piece of art that is just good. Every little piece is good and the end result is real good. The average person doesn’t put a whole piece of work together like that anymore – they’re just trying to create a good hook that will sell. But whatever I’m making music about, when I rap I’m gonna’ try to get you looking at things from a different angle, no matter what it’s about. Topnotch is a name that fits perfectly today with what I’m trying to represent.”

His new single, “Crazy Out Here,” is testament to the high-quality music he creates. Growing up on the streets of Philadelphia was tough, and this song shines a light on some of the things that go on in the neighborhood where he grew up – including a harsh look at the violence and negative behavior of so many people. It’s a song that he first developed the hook for many years back and only recently returned to in hopes of giving fans a more personal look into his life and his music.

“It’s a song that’s laid back and chill,” Topnotch said. “The lyrics talk about how messed up the streets are. I think it’s something people will listen to and go, ‘That’s right. This is what goes on. Damn!’ Like all my music, I want to give you a song that says things in the best way possible. If I’m making a song about chairs, when you hear it I want it to be the best thing you’ve ever heard about chairs. I want you to say, ‘That’s the best way anybody has ever talked about chairs.’ With this single, I want it to be one of the top songs you’ve ever heard about it being crazy out here in the streets. Whatever song you hear from me, I want it to be the best way to hear a song about that.”

Posted by ashleyburnett at 2:08 AM