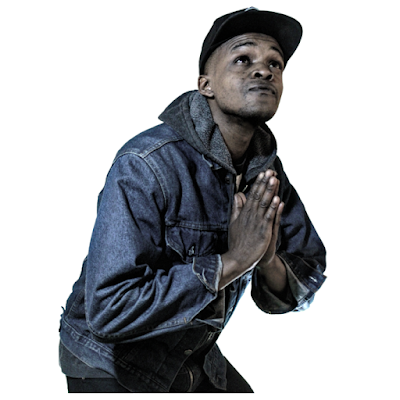 BROOKLYN, NY – Jahi Chambers is more than just a bartender in Brooklyn. Though the profession has been how he’s put food on the table for the past few years, it’s merely a means to an end until he takes his career as a musician to the next level. His new mixtape “Bartender In Brooklyn” is the next step toward making that a reality.

The 11-song project includes singles all written from the perspective of a bartender in the city of Brooklyn who interacts with a lot of girls. Every aspect of the mixtape was developed by Jahi – from beat-making to songwriting to producing and mixing. And though he considers himself pretty good at mixing drinks, he wants the world to know that he’s even better at mixing and making music.

“I have a lot of industry and professional experience,” Jahi said. “I’ve worked with some big names and had some good opportunities, and this is my chance to step out on my own and show the world my own perspective and honesty. My approach to music – the way I sing and the way I write, and even my approach to every aspect of it – is what sets me apart from anybody else out there. And this mixtape is a great starting point to showcase who I am and where I want to go.”

The singles on the album are diverse in their sound and content. Some of them are a little deeper, Jahi said, because some relationships are a little deeper. Others are more broad and don’t necessarily pertain to a particular girl. The lyrics are unique to Jahi and are drawn from his life experiences and the stories of close friends. Some of the songs are hyperboles, while others hit very close to home for the hip-hop artist. And while a couple of the songs would play well at a club, more of them are for listening to and just chilling – and in fact a couple of them are closer to R&B hits than hip-hop.

“I kind of toe the line between hip-hop and rap,” he said. “A lot of that is because of my vocals. But ultimately it’s a mixtape with really good vibes that forces you to do some introspection. This project was all about sharing who I am and seeing if people can relate. I wanted to create some type of dialogue between me and the listeners in that regard.”

It’s quite a journey he’s been on since his time as a young boy discovering the power of music when Slick Rick came on the radio at a Memorial Day family party. The influence of his parents’ diverse music collection – anything from Jamiroquai to Rage against the Machine to Parliament- Funkadelic to Queen Latifah, and even some Fleetwood Mac and Van Halen – continued to impress on him the power of music to elicit emotion. Eventually he started learning how to DJ and was introduced to making beats on FruityLoops. While working odd jobs over the years – from running a retail skate shop and apparel store to working for a website – he always created music. “Bartender In Brooklyn” is the culmination of a lot of that journey.

Fans who want to get a sample of Jahi’s music can do so by visiting his Soundcloud page. Fans can also follow him on Facebook, Instagram and Twitter for updates about future music releases.
Posted by ashleyburnett at 5:58 PM